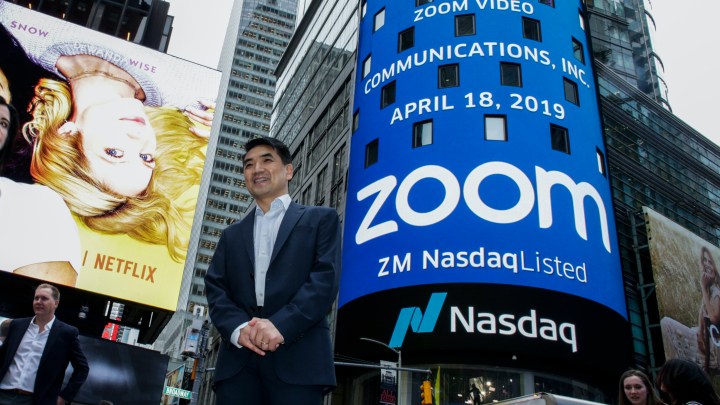 Analysts expect Zoom to report strong earnings Tuesday for the quarter that ended in April. The company’s videoconferencing technology has been a mainstay of the pandemic, up there with face masks and hand sanitizer. But can it keep that momentum as the pandemic begins to fade?

As a data analyst who’s also been going to grad school for computer science during the pandemic, Abraar Khan has been spending up to 15 hours a day on Zoom.

“Oh, my God, it’s taken a toll on me for sure. I would really like it to be just the bare minimum of this stuff as possible,” he said.

As in-person life creeps back, the use of videoconferencing will surely slow but not go away, according to analyst Trevor White, with Nucleus Research.

“I don’t know that folks are going to be willing to go back into the office full time in most industries,” he said.

A tightening market could push Zoom to innovate as hybrid meetings become the norm, said analyst Nick Barber, with Forrester.

While Zoom faces growing competition from giants like Microsoft and Cisco, it’ll take a lot to knock it out of its dominant position, Barber said. After all, it’s the only videoconferencing tool that’s become its own verb.