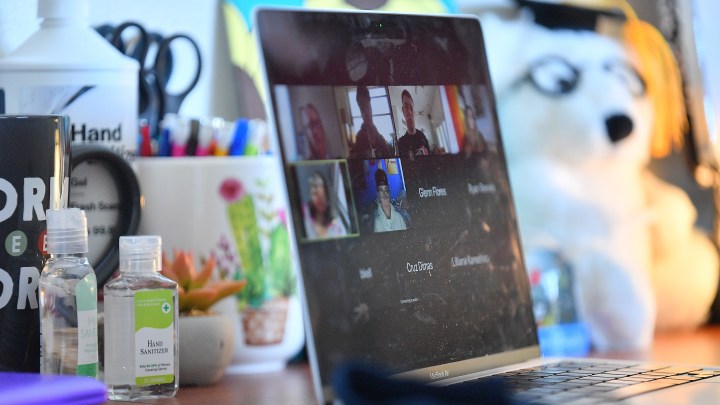 COPY
A student attends a University of New Mexico class via Zoom. The software has become synonymous with video calls. Sam Wasson/Getty Images

Zoom reports its earnings for its second quarter after the markets close Monday. The company’s videoconferencing software has become ubiquitous during the pandemic, far outstripping the expectations of observers when Zoom public just last year. But is its success sustainable?

Zoom has said it now hosts hundreds of millions of meeting participants a day, up from 10 million a day at the end of last year.

“I think it comes down to ease of use. When things are just easy for somebody to use, they get adopted quicker,” said Brad Gastwirth, chief technology strategist with Wedbush Securities.

He said the simplicity of signing up and sharing meeting links on Zoom made it attractive for newbies, but now that videoconferencing is the norm, other features might become more important. And Zoom has some pretty big competition in Google and Microsoft, said Erik Gordon, a professor at the University of Michigan Ross School of Business.

“It’s real common for an upstart company to be dominant early on,” he said.

“I say, ‘You know, I’ll Zoom you,’ even if in fact, I’m using Google Meets or Microsoft Teams,” Gordon said.