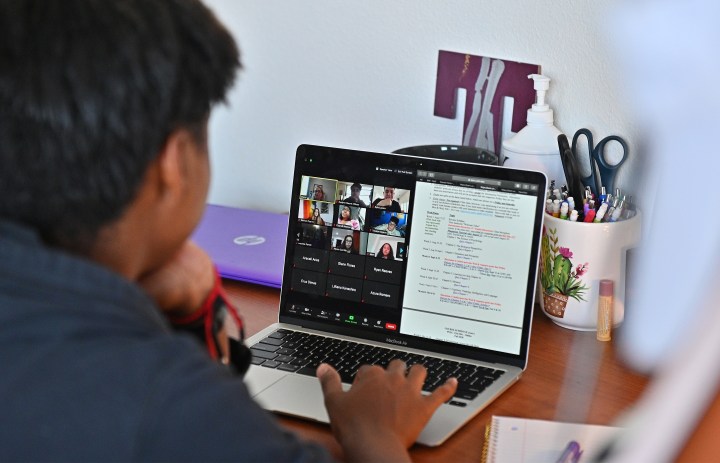 As college campuses across the country geared up for classes and employees got ready for work Monday, Zoom suffered a widespread outage in the U.S. and the U.K. that lasted several hours.

The videoconferencing company announced that users were unable to visit Zoom’s website, join meetings and webinars, and sign up for paid accounts, among other issues. After 12:30 p.m. Eastern time, the company said these issues had been resolved.

The COVID-19 crisis has spurred massive growth for the cloud-based tool. Zoom had a peak of 300 million daily meeting participants in April, up from 10 million back in December.

Clay Shirky, vice provost for educational technologies at New York University, said almost every major service — think Amazon, Google, Microsoft — has gone through a period of growth that led to a major outage. He noted there’s no way to have the kind of infrastructure we have without such incidents occurring.

“Everyone who moves to the cloud worries about this kind of single-point-of-failure thing,” Shirky said. “There was a period where all of Amazon’s East Coast servers failed, which was a massive outage. We learned how many other tools were built on top of Amazon.”

Shirky added that while some have argued that companies shouldn’t rely on the cloud and should run their own infrastructure, they lost that fight about five years ago.

“The big companies moved to the cloud first, and then it became apparent that that infrastructure was just going to become part of everyone’s calculations,” he said.

Jennifer Daskal, a law professor at American University who had an upcoming class as the service went down, experienced the chaos of the outage firsthand and worked frantically to get alternative programs up and running. Fortunately for her, Zoom started working just in the nick of time.

She said events like these highlight the importance of strong cybersecurity and the need for a diversity of products in the marketplace.

“So many of us, including me, have gotten accustomed to using Zoom for basically every teaching need, every business need — and we are incredibly dependent on this platform in many ways,” Daskal said. “It’s obviously not the only option. There are competitors, and there are alternatives. But there are few.”

Shirky said there was certainly quite a bit of agitation and lost productivity from the Zoom outage, but it was relatively short. What it does in the medium term is that over the next few weeks, chief information officers at companies will reassess their backup plans and look into other video services from companies like Microsoft and Google.

“But right now, none of those services are yet as good as Zoom, so I think it’s not going to be so much a migration as people firming up their backup plans,” he said.

While the pandemic has shown the potential of remote learning and meetings, it’s also reinforced the importance of in-person communication for many.

“I think that in this process, we’re recognizing the importance of actual human interaction and the learning that takes place face-to-face,” Daskal said. “And I certainly look forward to that point in time when we can return to that.”