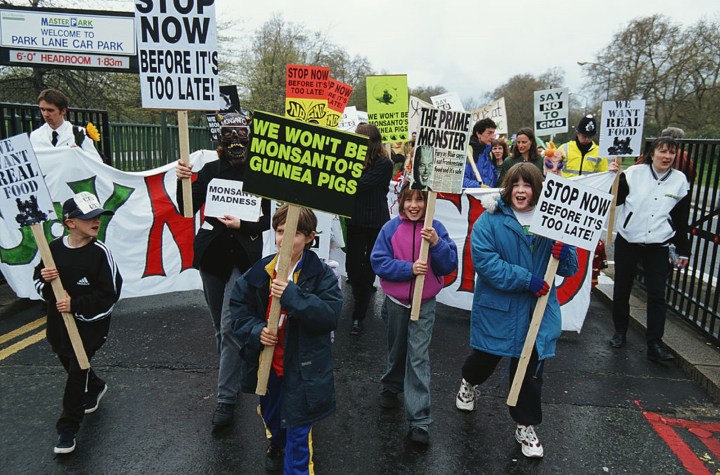 For more than two decades, much of Europe has resisted the genetic modification of crops. This has had negative economic consequences for the United States, which has a global lead in this technology. Rejection of so-called Frankenfoods across the European Union has denied American agribusiness and biotechnology firms billions in potential export revenues and has strained trans-Atlantic trade relations.

But that could be about to change, due to COVID-19.

Millions of Europeans have been happy to receive a coronavirus vaccine, which relies on genetic engineering, prompting the question: What’s the difference between a GM shot and a GM crop? Will COVID-19 finally clinch the case in Europe for the commercial development of a technology that promises higher agricultural productivity, lower food prices, a cleaner environment and bigger export revenues for the U.S.?

European plant scientists and geneticists, who are permitted to carry out research in this field, argue that the success of the vaccine rollout in combatting the pandemic underlines the value of their work.

“It’s a wonderful illustration of how helpful science is at addressing challenges to the human condition,” said professor Jonathan Jones of The Sainsbury Laboratory in Norwich, England.

Jones, whose team has been genetically modifying potatoes to make them resistant to blight, believes that the efficacy and safety of the genetically engineered coronavirus vaccines vindicate a much-maligned technology.

“Without being able to use these methods, the world would never have come up with a vaccine for a previously unseen virus in 11 months,” he said.

European opposition to the genetic manipulation of food flared up more than 20 years ago and was particularly intense in Britain. Angry protesters chanted, “Say no to GMOs! [genetically modified organisms],” and environmental campaigners vandalized fields where GM crops were undergoing trials.

The protests chimed with the public mood and proved effective. Regulations were tightened. Today, stringent controls on the technology ensure that commercial cultivation of GM crops is effectively prohibited in most of Europe, and, with some exceptions, the importation of GM crops into the EU has also been restricted.

But change could be on the way. And the example of British businessman Alex Smith could indicate the scale and direction of that change.

Smith, who runs the Alara Wholefoods manufacturing company in north London, was once a leading anti-GM campaigner.

“I did everything I could to oppose it,” Smith said. “I encouraged other leaders in the organic food industry to set up an organization called Genetic Food Alert. We worked hard to get all GM out of the natural food industry, and, in time, most British food retailers followed our example.”

But now, Smith has changed his mind and no longer rejects the entire technology out of hand. He supports the new gene-editing techniques that remove genetic material from an organism without adding genes from a different species. Concern about climate change is the main factor in his conversion.

“If gene editing can ameliorate some of the effects of climate chaos, it would be wrong for the organic food sector to dismiss it,” he said.

Plant scientists say that there are many ways the genetic manipulation of crops could help reduce global warming, for example, by producing plants that trap more carbon dioxide in the soil or that suck more nitrous oxide, another major greenhouse gas, out of the atmosphere.

Smith believes that the United Kingdom is now far more receptive to such genetic interventions thanks to the coronavirus vaccines.

“This understanding that genetic technologies have saved the day, basically, is permeating society. It’s changed the national mood,” he said.

Regulatory change in Britain is now a distinct possibility, and not only because the national mood has altered. Having left the EU, the U.K. is free to draw up its own rules, and the government is preparing to do just that. Plant scientist Jonathan Jones — although a staunch opponent of Brexit — is gratified.

“Through gritted teeth, I accept that this is a Brexit dividend. It means that we can come up with a more science-based regulatory framework.” he said.

Meanwhile, the EU could, conceivably, do the same. European farm ministers have commissioned a study that also might lead it to allow commercial exploitation of the new gene-editing techniques in crop improvement, a heartening prospect for geneticists like Dirk Inzé of Ghent University in Belgium.

“Everybody hopes that the European Commission will reevaluate the entire situation so that this new technology can also be used in Europe,” Inzé said.

All this could have big implications for U.S. agribusiness since some of its products have been excluded from Europe by the GM restrictions. Emanuel Adam, director of policy and trade at the BritishAmerican Business group, said a change of heart in Europe could be very beneficial for the U.S.

“If there were a big shift in European attitudes, this could indeed turn into a huge business opportunity for American food producers,” he said.

The GM issue has bedeviled trans-Atlantic trade talks for years, and although there are many other obstacles to a trade deal, Adam said the removal of this one will help.

The COVID-19 vaccines are playing a major role in saving lives and smoothing the path toward reopening the global economy. But they may also prompt European to rethink a technology that could revolutionize global food production.

Correction (May 12, 2021): Previous versions of this web and audio story misidentified Jonathan Jones. The error has been corrected.