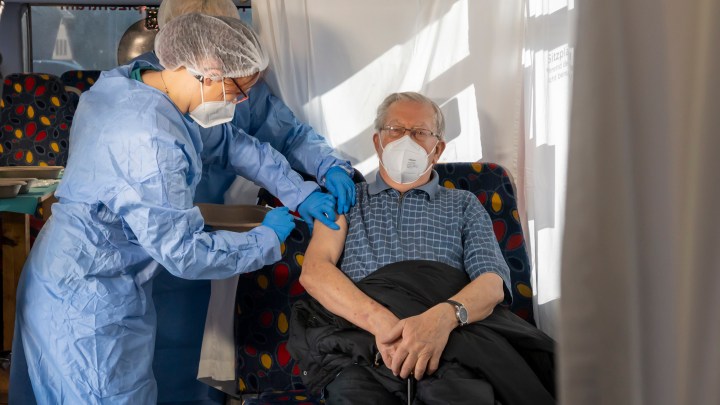 Over the past decade, the European Union has been buffeted by two major crises that have strained the cohesion of what is now a 27 nation bloc: sky-high government debt among southern member states threatened the stability of the euro, and then the influx of more than a million refugees and other migrants led to restrictions on the free movement of people within the union.

Today the EU is in the grip of a third crisis that could once again test the member state’s solidarity.

Delays in the European Commission’s procurement of sufficient amounts of vaccine to combat the COVID-19 pandemic have infuriated many of the member states and especially the largest and the richest, Germany.

“My first shot I will receive only by March 19 and the second by April 9.” said 80-year-old Hans-Olaf Henkel, a former German business leader and former member of the European Parliament. Henkel lamented the fact that, at the time of this writing, Germany had only jabbed around 7% of its population compared with around 20% for the United States and 28% in the United Kingdom.

“So we are behind, no question, and I might speculate some lives have been lost because of that. And that will undoubtedly also have an economic impact,” Henkel said. “By deciding to leave the vaccine procurement to Brussels in the quest for European unity, the German government made a colossal mistake.”

One of Germany’s top business gurus, Daniel Stelter, head of a think tank called Beyond the Obvious, said the commission bungled the job.

“They failed miserably. They failed to secure sufficient amounts of vaccines early enough. From an economic point of view, this is a true disaster,” Stelter said.

Professor Stefan Legge at the University of St. Gallen in Switzerland is less critical of the commission because it was dealing with a new disease and because cranking up the mass production of entirely new vaccines was never going to be easy. However, Legge said the commission wasted time fighting Big Pharma and haggling over price.

“Value for money was emphasized more by the European Union than by the U.K. government and the American government. And I think that was not the right call,” Legge said. “Quite apart from the need to save lives, it wasn’t the right call in economic terms. Every week of shutdown is more costly than the vaccines.”

The late delivery of shots has been especially galling for Germany since the first vaccine to be approved by Western regulators was created by a German company BioNTech in partnership with the U.S. pharmaceutical giant Pfizer, and yet the first large consignment of the shots was administered in the U.K.

The head of the European Commission, Ursula von der Leyen, under a hail of criticism from across the EU, admitted that the commission had made mistakes in the procurement process.

“We were late to authorize, we were too optimistic when it came to mass production, and perhaps we were too confident that what we ordered would be delivered on time,” von der Leyen told a special session of the European Parliament.

But von der Leyen defended in principle the role of the commission in the purchase of vaccines for the whole bloc.

“I can only imagine what would have happened if a handful of big member states had rushed in and snapped up supplies and left everyone else empty-handed. What would that have meant for our internal market and for the unity of Europe?” she asked.

Nevertheless, professor Gabriel Felbermayr, president of the Kiel Institute for the World Economy, said that the commission’s mishandling of the vaccine purchases has dented German support for the EU.

“The failure to play a constructive role in combatting the corona disease is not helping the European cause,” Felbermayr said. “This failure is one more nail in the coffin. There is a lot of anger in many parts of Europe, and I share that feeling.”

But hardly anyone thinks that Germany will follow the British example and leave the bloc.

“Brexit might have allowed the U.K. government to be more flexible and faster and successful when it came to the vaccines,” Legge said. “But Brexit is bringing many other problems to the U.K. economy. I don’t think the vaccine success will make Brexit any more attractive to German voters.”

The German economy is inextricably bound up with the EU and, according to Henkel, because of the country’s Nazi past, Germany will always want to play the good European citizen.

Henkel claims that another eurozone debt crisis is looming, due to the ravages of COVID-19.

Relief from the EU is at hand. In what you might call a cash injection, the bloc has agreed to a $900 billion recovery fund.

But it remains to be seen, after the vaccine fiasco, how enthusiastic the Germans will be about picking up most of the tab.