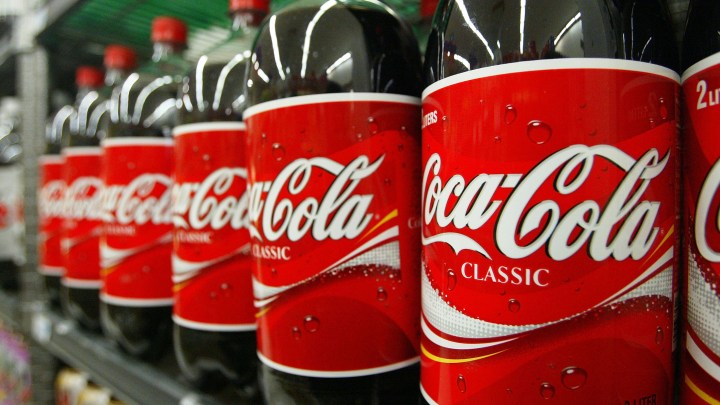 COPY
Atlanta-based Coca-Cola expressed concern about Georgia's recent voting-rights restrictions but afterward did not join many other companies in making a public statement. Justin Sullivan/Getty Images

On Wednesday, hundreds of companies and executives, including Amazon, Netflix and Starbucks, published a signed statement opposing “any discriminatory legislation” that would make it harder for people to vote.

It’s a direct response to new Georgia legislation and to similar bills popping up across the country. Recently on “Marketplace,” former American Express CEO Ken Chenault, who has been one of the African American leaders organizing corporate opposition to the legislation, told Kai Ryssdal: “I think what’s very important here and I think it’s the way I’ve always tried to lead my life and to lead American Express when I was CEO…. You need to be governed by a strong moral code.”

Chenault added, “And what we cannot do is be silent…. There has been no evidence of widespread [election] fraud. And this is a very important moment for our democracy. And corporations must take a stand.”

Coca-Cola, Delta Air Lines, JPMorgan Chase and Walmart are some of the companies that did not sign the statement opposing voting rights restrictions nationwide. Coca-Cola and Delta, both headquartered in Atlanta, had previously expressed concern about the Georgia legislation. Neither responded to our interview requests.

Rita McGrath, with the Columbia University Business School, said those Georgia-based corporations might have already experienced blowback. “This is where these executives live, and there were enough supporters of this legislation to pass it. So, there’s gotta be a lot of tension.”

Walmart told us that its CEO, Doug McMillon, helped draft a Business Roundtable statement asserting that “state laws must safeguard the right to vote.”

But Walmart did not sign the  public opposition letter, and Seth Green of Loyola University said that sends a message: “I think any company that is deciding not to sign is making a statement in either opposition or a belief that they no longer need to be in these political conversations.”

Similar battles over voting rights are heating up nationwide. In Michigan, for example, proposed restrictions have elicited opposition from Ford and General Motors.

Professor Dana Radcliffe at S.C. Johnson Graduate School of Management at Cornell said that although taking a stand can be tricky, “if companies are dragging their feet or not getting involved when fundamental questions of democracy are at stake, that could be a long-term threat.”

He said customers who see this as a fundamental civil rights issue may not easily forgive and forget.