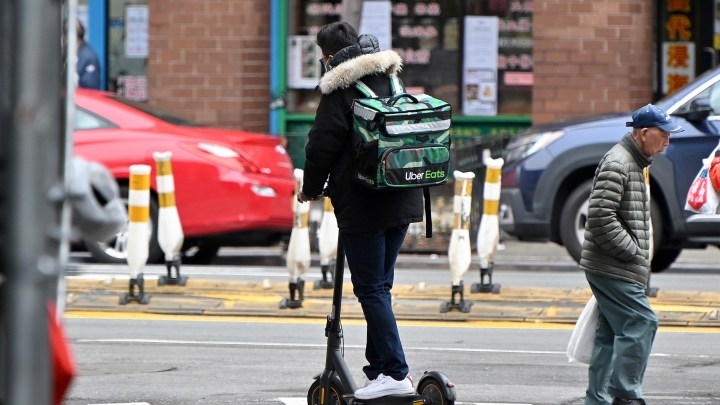 While working on this season of “The Uncertain Hour,” we heard a lot of words and phrases that sounded weird to our ears. So each week we’re going to explain a bit of jargon. To get a new “Uncertain Term” in your inbox, subscribe to our newsletter! To go with our eighth and final episode, this week’s Uncertain Term is “sweating system.”

This week, we wrap up “Uncertain Terms” with a look at a word used by many of Silicon Valley’s gig-app giants: “deactivation.”

It’s their way of saying a worker has been fired. Since gig workers aren’t technically employees of gig companies, getting “deactivated” can leave them without any income or safety net. Companies don’t have to pay into unemployment insurance for nonemployees.

Gig companies have argued that it’s the technology platform they’re selling, not the services provided by the vast workforce of people making deliveries or giving rides. If those people miss deadlines or don’t complete shifts set by the technology, they could get deactivated from the app. (There are also lots of other broad reasons app companies cite for deactivation.)

The word deactivation abstracts from the reality of a person losing her or his job. There’s a lot of abstraction that happens when companies talk about the workers who drive their business. People become “resources” or“units.” Or, let’s not forget: nonemployees.

It’s all pretty clinical. And the battles over what “employment” means — and who’s entitled to the protections it’s meant to provide — are ongoing. They’ve been around since employment laws were written, and they’ll continue to be waged as companies develop new business models. One thing we know for certain: Those battles will hinge on language.