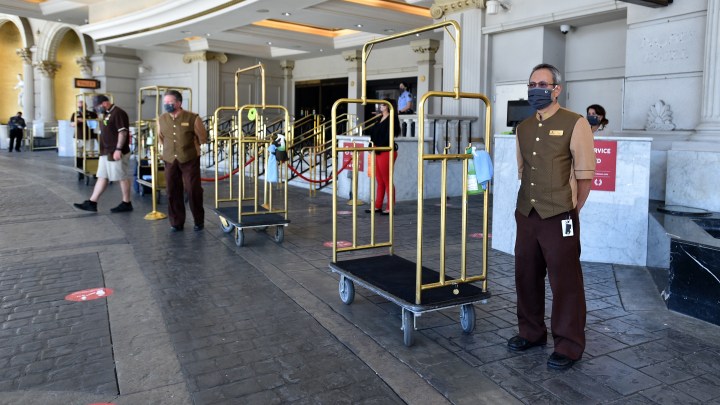 In advance of the weekly unemployment numbers out Thursday and the big monthly jobs report Friday morning, we got payroll numbers from the processing firm ADP on Wednesday.

In the ADP numbers, and a bunch of others we’ve seen lately, there are indications that the recovery is stalling, which is why Congress is working on a relief bill at this very moment, trying to give the economy a bit of extra gas.

The jobs recovery in this pandemic is what Holly Wade calls “disconnected.” She runs the National Federation of Independent Business Research Center.

On the one hand, “industries that are still struggling to keep their doors open, in areas such as leisure and hospitality, the restaurant industries, those businesses that are more public facing,” Wade said, those businesses are going to be cautious about hiring, even as things start to reopen.

At the same time, other industries can’t find enough workers.

“Contractors have had, you know, an amazing last 12 months, maybe better than an average year, because people have more interest in improving their homes and their surroundings in general,” said Marla Bilonick, who runs the Latino Economic Development Center.

The President Joe Biden’s relief bill, known as the American Rescue Plan, does have targeted aid for some of the hardest-hit industries — airlines, for example, and entertainment venues.

Cash payments to families, help for the unemployed, money to reopen schools.

“I mean, it will definitely help, it will get more money in pockets. And you know, that might help consumption some, but the only thing we can really do to restore the economy is end the disease,” said Allison Schrager, a senior fellow at the Manhattan Institute.

Schrager said that while the vaccines are cause for optimism, it will probably still take a while for the labor market to catch up. 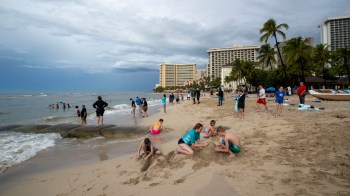