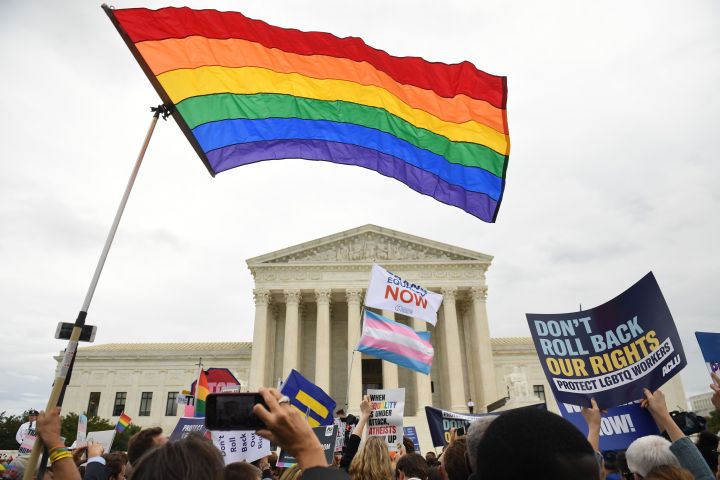 Among the first executive actions to be tackled by the Biden administration are several that target workplace discrimination, particularly against LGBTQ people.

A new executive order prohibits the federal government from discriminating against workers on the basis of sexual orientation or gender identity. The president is also reversing a ban on diversity training at federal agencies and contractors, and in coming days or weeks plans to roll back a ban on transgender people serving in the military.

For the last several years, attorney Shannon Minter, legal director for the National Center for Lesbian Rights, has spent much of his time fighting the federal government in court. He represents LGBTQ clients, like Nicolas Talbott, who had planned to enlist in the military until the Trump administration placed a ban on transgender service members in 2019.

“For him, hopefully, as well as countless other transgender people who dream of joining the military, that dream is once again a possibility,” Minter said.

Minter expects new battles in the fight against LGBTQ discrimination, but he hopes the federal government will now be more of an ally than an adversary.

“It’s going to be a different world now,” he said.

One executive order builds on a Supreme Court ruling last year to bar LGBTQ discrimination under the 1964 Civil Rights Act.

“It signals that the federal government is going to start enforcing federal civil rights laws to protect us,” said Mara Keisling, executive director of the National Center for Transgender Equality.

She hopes to see Congress enact legislation to strengthen those protections even further. With Democrats now narrowly controlling the House of Representatives and Senate, Democrats intend to introduce the “Equality Act” to do just that. The House has already passed a version of the law, but the Republican-controlled Senate never took it up.

“Having that really strong message that you are protected, that you are included, that your identity is not going to be a barrier to your achievement in this country is going to mean a lot to the community,” she said “It’s making folks feel safe and secure.”

The policies of the Trump administration left many feeling vulnerable, she said. In a survey last summer more than a third of LGBTQ respondents said they had experienced discrimination, which negatively affected their job and financial security. That number was even higher for people of color and transgender respondents.