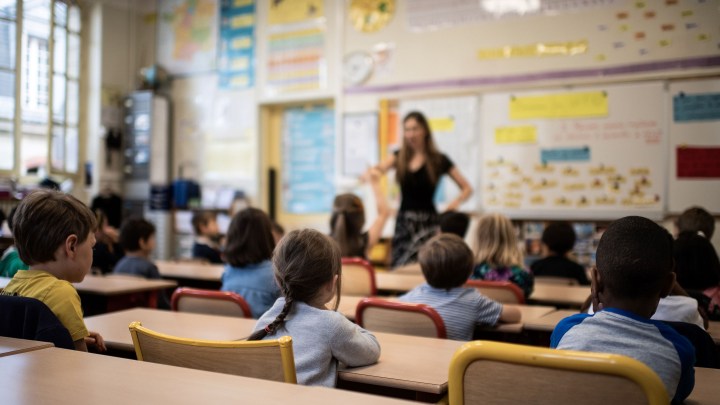 COPY
Until now, LGBTQ teachers in more than half of U.S. states have had little or no legal protection from employment discrimination. Martin Bureau/AFP via Getty Images

Until now, LGBTQ teachers in more than half of U.S. states have had little or no legal protection from employment discrimination. Martin Bureau/AFP via Getty Images
Listen Now

In a 6-3 decision issued on Monday, the Supreme Court affirmed that the federal anti-discrimination law originally enacted in 1964 protects LGBTQ people from discrimination in employment. The ruling holds that “sex discrimination” includes discrimination based on sexual orientation or gender. The decision will likely have far-reaching implications for people who work in education, including for teachers at both public and private schools.

With the decision that employers may not engage in gender-based discrimination against gay, lesbian, bisexual, queer and trans employees, “LGBT educators will finally have the protections they’ve always deserved, and be able to do their jobs free from fear,” said Eliza Byard, executive director of the education advocacy group GLSEN.

She said that, until now, LGBTQ teachers in more than half of U.S. states have had little or no legal protection from employment discrimination.

“We had an example of a teacher of the year in Texas suspended for having come out to students in her classroom because they asked about a picture of her spouse,” Byard said.

“Certainly this won’t reach into any sort of parochial school environment,” said Tom Prol, who teaches law and sexuality at Seton Hall University and is an advocate for LGBTQ employment protections. “There is a law, a federal law on the books, the Religious Freedom Restoration Act — that certainly would protect religious institutions in this regard, they’ll be free to discriminate, as it were.”