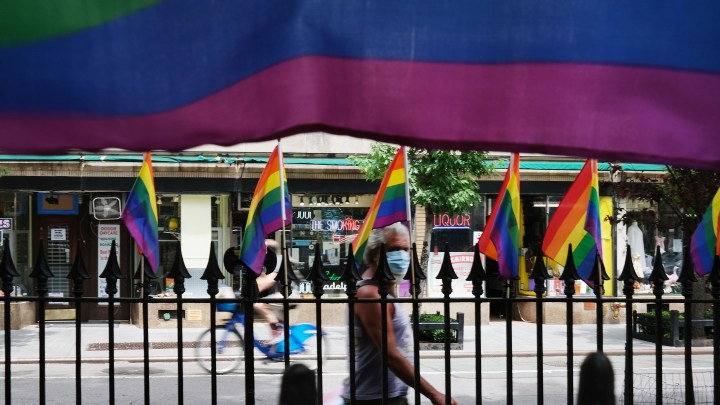 The American Civil Liberties Union spent years on the cases that led to Monday’s Supreme Court decision. In the 6 -3 majority vote by the justices, the high court said protections based on sex under Title VII of the 1964 Civil Rights Act extend to sexual orientation and gender identity.

“Marketplace Morning Report” host David Brancaccio spoke with Gabriel Arkles, a senior staff attorney with the ACLU’s LGBT and HIV Rights Project. He was an attorney for one of the plaintiffs of the cases that led to Monday’s ruling.

Arkles told Brancaccio activists are still pushing for Congress to pass a law on equality that would make some related forms of discrimination illegal. The following is an edited transcript of their conversation.

Gabriel Arkles: It’s still critical that we get the Equality Act passed. It closes a few important gaps in federal discrimination law. So, for example, right now, it is against the law to discriminate on the basis of sex in employment and in housing. But it’s not against the law to discriminate because of sex in what’s called public accommodations, which are places that are open to the public like stores or movie theaters or restaurants.

David Brancaccio: So, a business, under this ruling, cannot dismiss an employee for their sexual orientation, but it still might be legal for a business to say that, “LGBTQ customers can’t stay at our hotel,” or something?

Arkles: That’s exactly right. That’s what the law is right now. And that, by the way, is true for anyone who’s experiencing sex discrimination. So, it’s been against the law for quite some time for employers to fire somebody for being a woman, or a woman with children, but it has been permissible for businesses to say, “We don’t want women with children in this space” — this club or this movie theater or whatever. There are some state laws that prohibit discrimination in public accommodations, and certainly if the government is doing it, it violates the Constitution, but Congress has not yet passed a law saying that it is prohibited sex discrimination to turn people away in public accommodations.