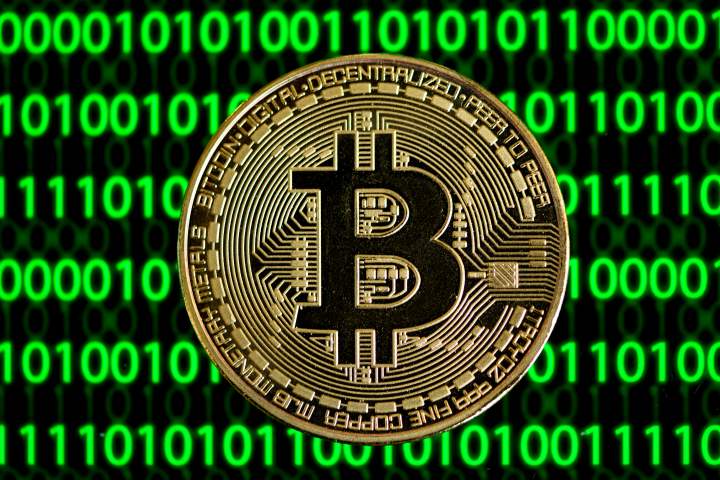 The cryptocurrency has been around for over a decade, but hasn’t won much attention from institutional investors until recently. And despite its volatility, some are making the case that we should start thinking about Bitcoin as an asset — suitable, even, for long-term investing.

David Brancaccio: There was a nasty moment there where [Bitcoin] couldn’t go down and suddenly it went down terribly about four years ago. One would be forgiven for being leery. Yet, this month, new all-time highs.

Jordi Visser: Well, this is very different to me. This is not the same as what was going on then. You know, I wouldn’t even call it an asset back then. I would say it was a thought or a dream. The most impressive thing and the first thing that matters now is that time kind of decides whether something was a bubble or just the early stages. And that’s what’s changed this time — time and the quality of the investors.

Brancaccio: But it’s your sense here in 2021 that Bitcoin has reached a point in — what should we call it — its maturity, that big dog investors, institutional players, should be able to put some in their portfolios, you think?

Visser: Yeah, well, I think there’s four parts to this that I think people are becoming more comfortable [around]. And remember, the fiat system, which is what all assets are, they’re about trust and beliefs. So Bitcoin is no different. And where there’s growing belief is as a store of value, similar to gold. There’s a growing belief of it as a future medium of exchange, so being used as a payment system, which gold never was able to accomplish. It’s definitely a future of technology. But then you also have something, which is, we really printed a lot of money last year during 2020. And it continues. And if you can just print money out of thin air in a way that had never had been done before, at sizes never done before, then I think Bitcoin becomes a fiat asset inflation hedge as well.

Brancaccio: You just have to convince famed investor Warren Buffett. I mean, last I heard he couldn’t stand this Bitcoin stuff.

Visser: Well, I don’t think you’ll ever get everyone involved. And I will remind everyone there were a lot of people who doubted the iPhone in 2007. The demographics on who are the purchasers or the users of Bitcoin are skewed dramatically toward the younger demographic, and specifically below the age of 50. The reason that’s important [is] you try to find what people will purchase going forward. Warren Buffett will be the first person to admit he probably has no reason to buy Bitcoin.

The generational wealth transfer around the globe is approximately $68 trillion, which will be leaving the baby boomers and going into the millennials and the Gen Zers and down the food chain who are more accepting of this. So as, every day, there’s another baby boomer that gives money to their children or grandchildren, those are people that view it as an asset already.