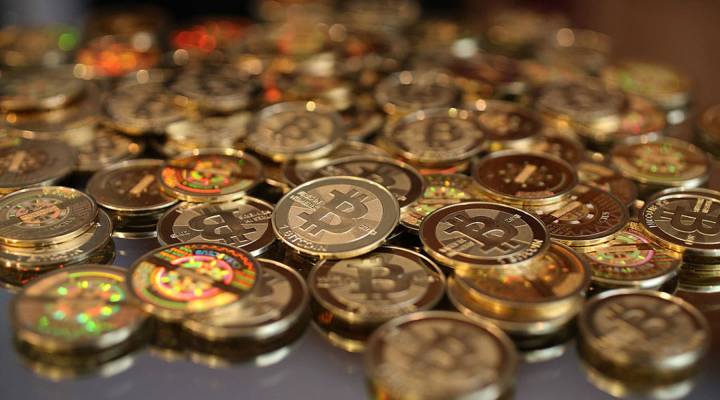 For the digital currency bitcoin, 2016 was a great year. Its value rose almost 90 percent, making it one of the best-performing assets of the year. Its price is also racing toward the $1,000 mark, just a bit less than an ounce of gold.

One of the big reasons more people are gravitating toward bitcoin is because of places like China, where it’s hard to move money out of the country, said Gil Luria, director of research at Wedbush Securities.

“It’s a very efficient, under-the-radar way to get wealth out of China,” he explained. “The more capital, trade and political restrictions on the movement of money, the more bitcoin becomes an attractive alternative.”

How the underlying technology of bitcoin works:

“Bitcoin is one way that people are storing their value, so they have purchasing power in the future,” said Spencer Bogart, vice president of equity research at Needham & Company.

Bitcoin could sometime soon beat the price per ounce of gold, said Anthem Blanchard, founder of the cryptocurrency company Anthem Gold. But will it ever edge gold out in terms of market value?

“Anything is possible,” Blanchard said. Seven years ago, bitcoin was trading for pennies, he noted. Today, “who would’ve thought it would’ve gotten to $935 a bitcoin?”

As for next year, Bogart predicted even more growth.

“I think that we’re going to see increasing acceptance and recognition among institutional investors in the space,” he said.

Bogart said it’s still far from mainstream, but bitcoin is definitely headed in that direction.

Bitcoin does have some similarities with mainstream celebrities, though. The basics of bitcoin, explained through Kim Kardashian: