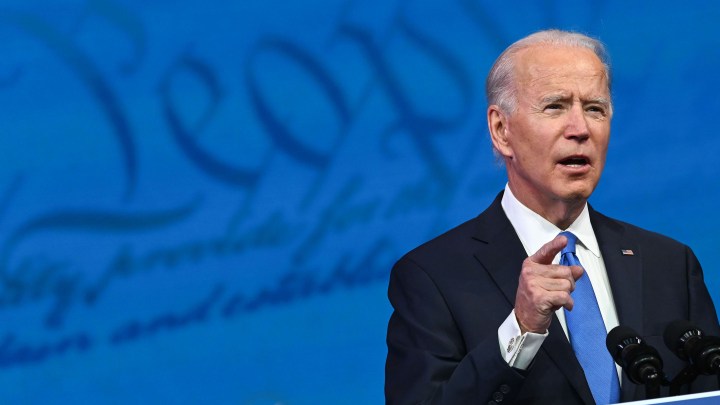 Congress and the Obama administration set up the Consumer Financial Protection Bureau as a consumer advocate and industry watchdog in the wake of the 2008 financial crisis. Under the Trump administration, the agency’s become a better friend to the financial industry.

Whomever President-elect Joe Biden chooses to lead the agency will have some rebuilding to do.

The CFPB roared out of the gate in 2011 and had a tremendous impact, said Ashley Harrington at the Center for Responsible Lending.

The agency cracked down on payday and auto lending, credit card fraud by banks and mortgage discrimination. And a lot of Republicans hated it.

“It has no accountability to anybody. It turns up being a joke, and that’s what the CFPB really has been, in a sick, sad kind of way,” then-South Carolina Rep. Mick Mulvaney said, speaking to Credit Union Times in 2014.

After President Donald Trump took office, he put Mulvaney in charge of the CFPB. Enforcement plummeted. Rules on payday lending and debt collection were relaxed.

Lauren Saunders at the National Consumer Law Center said the CFPB’s priority under Biden will be protecting consumers again, starting with those suffering financial hardships in the pandemic.

“A lot of people don’t have health insurance. We need to make sure that people aren’t pushed into poverty because they can’t pay their medical bills,” Saunders said.

Next up, she said: Emergency rules to keep people who are struggling with job and income losses in their homes, with the heat on and food on the table, “to prevent a foreclosure crisis, to prevent the mistakes of the last crisis where Black and brown communities were stripped of wealth,” Saunders said. “We also need to protect people from aggressive forms of debt collection, like bank account garnishments and wage garnishments.”

Harrington expects the new administration to push hard for racial equity in lending and government programs. And she expects the CFPB to investigate how the Trump administration doled out billions under the Paycheck Protection Program.

“It was structured in a way to make it very hard for business owners of color to get access to this major relief program,” Harrington said.

Consumer advocates’ to-do list also includes tightening rules on payday loans, bank fees and credit report errors. They also hope the CFPB will reverse course from the Trump administration, and get back into the business of policing student loans.