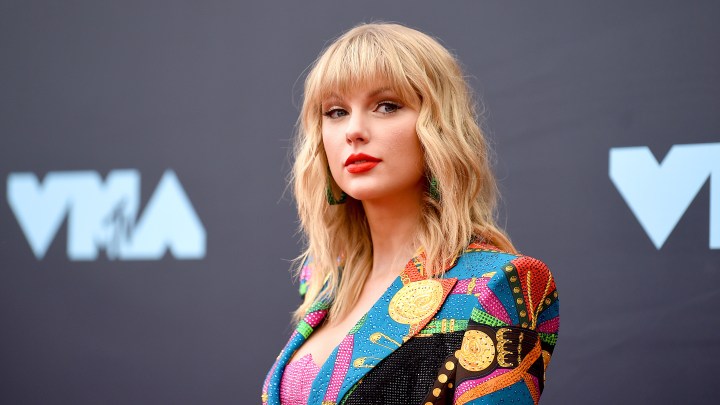 COPY
Taylor Swift has unsuccessfully tried to buy her master recordings before. Above, Swift at the 2019 MTV Video Music Awards. Jamie McCarthy/Getty Images

It’s another chapter in the long battle for musicians trying to hold onto their work: The master recordings of Taylor Swift’s first six albums have been sold again, this time to a private equity firm for $300 million.

Swift has unsuccessfully tried to buy her masters before. Now she’s rerecording some of her old songs so she can license her own versions.

But the new recordings are bound to sound different from the originals. They’ll be recorded in a different studio with different band members and different post-production. Plus, Swift is 14 years older than she was when her first album came out.

“Of course she can re-sing the songs. But they won’t be the same,” said Kristelia Garcia, who teaches intellectual property law at the University of Colorado.

Fans would have to choose these new recordings over the old ones for them to have value.

“She may come up with something creative enough in her rerecordings of these,” Garcia said.

But it’s not all about popularity and plays. It’s also about the massively profitable business of licensing for commercials and movies.

“Forget whether it’s called a master or a sound recording or a musical work,” said Tonya Butler, chair of the music business management program at Berklee College of Music. “It’s an asset.”

Most artists don’t own their music; the record labels do. They get ownership of the masters because they pay for the recordings.

That’s how it goes in the music business. And Butler doesn’t think Swift’s move will change how labels work with new talent, who are usually desperate to get signed.

“They can say ‘Well, there’s 10,000 artists behind you who are willing to take this deal. Goodbye.'”

Power moves are reserved for powerful artists. Prince spent much of his career fighting Warner Brothers for his masters, and he eventually got them back, but only after agreeing to make two more albums for the label.