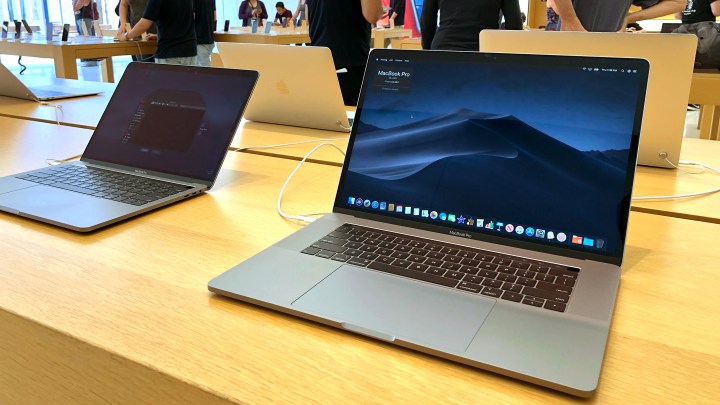 COPY
Apple is ending ties with Intel and will start using its own computer chips in its products. Justin Sullivan/Getty Images

Apple is ending ties with Intel and will start using its own computer chips in its products. Justin Sullivan/Getty Images
Listen Now

Apple’s goal has always been to set itself apart. Remember the company’s “Get a Mac” campaign?

Even though Macs technically are PCs, or personal computers, Apple differentiated itself back then by running its own operating system. When the iPhone came along, the company’s go-it-alone approach extended even further. The iPhone didn’t just run on Apple’s software, its processor was designed by Apple in house. Now the company can say the same about its laptop and desktop computers. Apple announced Tuesday it was breaking ties with chipmaker Intel, and then unveiled the first Macs to feature the M1 chip, designed by Apple. The move is not just about computing power, it’s about industry power.

Add Apple’s own chip to all of its other one-of-a-kind features, “and that kinda starts to get into more of almost the secret sauce that Apple has,” said Neil Cybart, an analyst with Above Avalon, a research firm that focuses on Apple. “And that is being able to control both the hardware and software.”

That type of control can make it easier for Apple to design computers that keep users inside its ecosystem.

“It gives you literally an extension of your product end to end,” Santhanam said. “And by definition, the consumer and the customers have access to the ecosystem in an identical way.”

It’s hard to know how this will impact the rest of the computer market. Apple usually sets the tone, and other computer makers may be influenced. But they have a long way to go.

“I don’t think that there is a catching up,” said Julie Ask at Forrester.

She said other companies don’t have the money to invest in chip development. So they may push the things that make people die-hard PC owners, like affordability, program integration and the right click on the mouse.