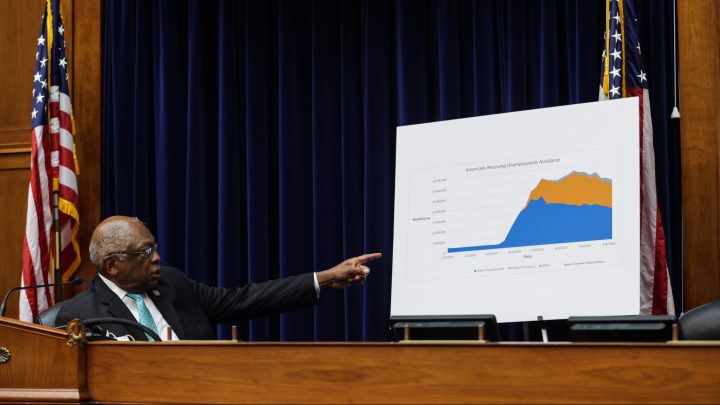 Democratic Rep. James Clyburn at a hearing on Capitol Hill in September about the federal response to the coronavirus crisis. Graeme Jennings/Getty Images
COVID & Unemployment

Democratic Rep. James Clyburn at a hearing on Capitol Hill in September about the federal response to the coronavirus crisis. Graeme Jennings/Getty Images

How many people are unemployed in the United States right now? It depends who you ask — and what you mean by unemployed.

There is the official unemployment rate from the Bureau of Labor Statistics, which was 7.9% as of September. That equates to about 12.6 million people.

The unemployment rate “has a very specific meaning,” said Ernie Tedeschi, a policy economist at Evercore ISI. It only takes into account people who are out of work, available for work, and have actively looked for work in the last four weeks, as well as those on temporary layoff.

“So that doesn’t include everybody who doesn’t have a job,” he said. “If you left your job because your kids’ school is closed and you’re spending your time helping your kids with remote learning and you’re not looking for a job because of that, you would not be counted as unemployed.”

Or if you left your job because of an underlying health condition that puts you at high risk for COVID-19, or for a variety of other reasons, and you’re not looking for a new one, you also would not be counted. And the number of people who fall into that category right now is “remarkably high,” Shierholz said — more than 5 million, by her calculation.

The headline unemployment rate also does not include people who have had their work hours reduced because of COVID-19, or those who have been misclassified or undercounted in the official Bureau of Labor Statistics tally, Shierholz said. If you add them in, it’s more than 30 million people.

Erica Groshen, a senior economics adviser at Cornell University and the former commissioner of the Bureau of Labor Statistics, arrives at a similar number when she calculates how many people are currently either out of work or underemployed.

To try to get a better sense of how many people’s work lives have been disrupted by the pandemic, she has been adding up everyone who is employed but not at work; working part-time for economic reasons; on temporary layoff; unemployed and not on a temporary layoff; out of the labor force but wants a job; and out of the labor force but does not want a job.

By that measure, she finds that more than 18 million people have lost work since February, when the pandemic began.

Adding in those who were already out of work or underemployed before the pandemic began, she puts the total number of people who are either not working or working less than they would like to be at over 31 million.

“It goes back a long time. Its definition has not been changed. It’s comparable in ways that most other numbers are not,” she said. “But it’s just the headline number. It’s like reading the headline of an article and not reading the rest of the article.”

Particularly now however, in the middle of a global pandemic and recession, it just doesn’t give a full picture of the degree to which the labor market, and people’s lives, have been disrupted. And it’s important to try to quantify that too, according to both Groshen and Shierholz.

Even though 7.9% unemployment is high, it “totally understates the amount of damage and pain in the labor market,” Shierholz said. “If you’re trying to set macroeconomic policy — how much relief do we need? What kind of recovery are we facing? Where do we need to step in? — it’s really important to know how bad it is.” 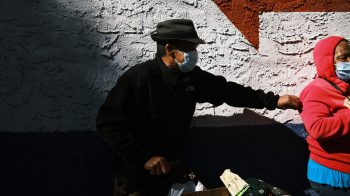