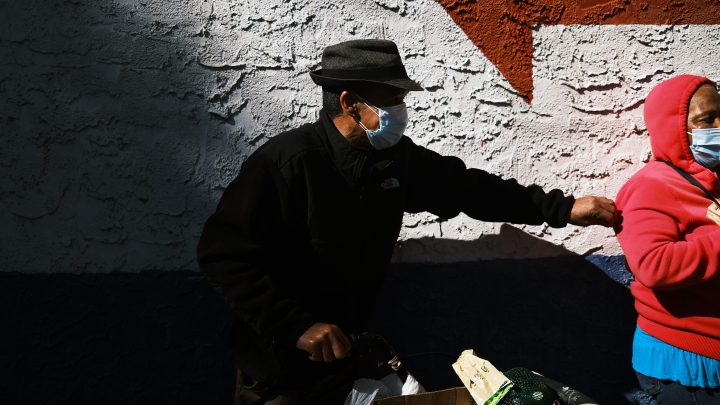 In a speech Wednesday, Federal Reserve Gov. Lael Brainard said the unemployment rate for the nation’s highest-paid workers has fallen below 5%.

The numbers paint what economists have called a “K-shaped recovery”: Things are improving for the better off and getting worse for the rest.

Paul Iversen, an analyst at the University of Iowa’s Labor Center, said this has long-term ramifications. “People that were already in a precarious position, that were already one paycheck away from disaster, now find themselves without that paycheck. And so, disaster is the result.”

Industries like hospitality, which tend to be low wage and employ more  Black and Latinx workers, have been particularly hard hit by the pandemic.

Daniil Manaenkov, an economist at the University of Michigan, said, “The issue of very, very different levels of unemployment in the different sectors of the economy is not going to go away until we allow our hotels and restaurants to go at near full capacity.”

“We do need to support the income of these workers, particularly those who are in these high-contact service industries who are seeing reductions in hours and are facing increasing and prolonged unemployment,” Logan said.

But, he warned, economic recovery hinges on the success of the coronavirus vaccine rollout. Without the U.S. getting hold of the pandemic, restaurants, hotels, bars and other sectors that employ lower-wage earners are unlikely to reopen at full capacity.