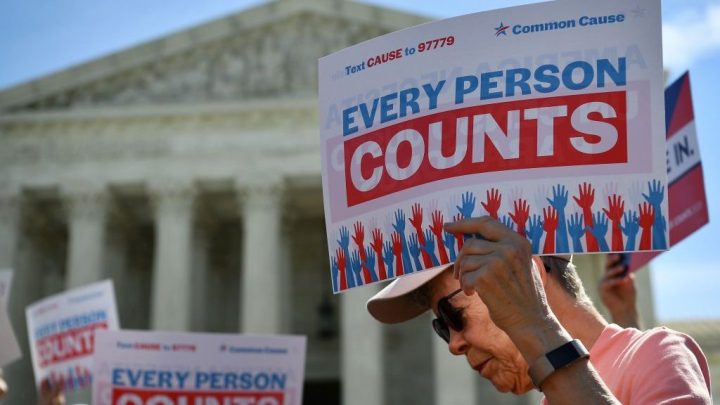 From GDP to U.S. cases of COVID-19, numbers are essential to understanding what’s going on in the world. But how well do we understand where numbers come from? That’s one of the central questions in Deborah Stone’s new book “Counting: How We Use Numbers to Decide What Matters.” Stone, a professor emeritus at Brandeis University, looks at how people decide what to count in the first place — and how that translates into both numbers and policy. Click the audio player above to hear the interview. The following is an excerpt from Stone’s book, looking more closely at the way we count unemployment.

Not having a job is pretty cut-and-dried, right? You either have a job or you don’t. Not so fast. Here’s how the U.S. government counts unemployment. At the behest of the Bureau of Labor Statistics, the Census Bureau surveys 60,000 households every month and asks the head of the household whether each adult member of the household is currently working and, if not, why not. Using the answers to a series of questions, the surveyors divide people into three groups: those who are currently working for pay (employed), those who “participate in the labor force” but are not working (unemployed), and those who are not even in the labor force (chopped liver). Only the middle category counts as unemployed.

If you’re getting confused, you’re not alone. You’ve mastered the art of counting triangles, but now you need to learn some rules about counting unemployment.

Lesson 2: If people tell you they’re not working but they’re looking really hard, ask if they could start a new job right away if they got an offer. If they say “no,” no matter what the reason—injury, illness, family responsibilities—count them as “not in the labor force” because they’re not “available for work.” Don’t count them as unemployed.

Lesson 3: People who have been laid off, aren’t currently working, and have given up job hunting should not be counted as “in the labor force.” They’re not even trying to work. Do not count them as unemployed. You may tell them, by way of consolation, that they will be labeled and tallied as “discouraged workers,” but they probably won’t make the nightly news when the jobs report comes out.

Are you catching on? The “labor force” as created by the Bureau of Labor Statistics is a land riddled with rabbit holes. Lots of people disappear down them and won’t be counted as either working or unemployed.

It’s not so simple to count employment and unemployment after all. Many strands of homespun philosophy weave through the official rules, the main one being “Money makes the world go ’round.” The government decided a long time ago to count only work for pay, with one notable exception: unpaid work in a profitable family business. So, if you volunteer your time on a profitable family farm—raising pigs, for example—you’ll avoid the rabbit hole and be counted as employed, even though you’re unpaid. But if you volunteer your time in the family home raising kids who might someday turn out to be a Mark Zuckerberg or a Mother Teresa, down the rabbit hole you go, out of the labor force, neither employed nor unemployed.

Excluding almost all unpaid work from the unemployment measure is fair enough. The measure was always intended to capture whether people are able to earn a living. As a gauge of contributions to the economy, though, the unemployment measure leaves some important things out. The human species would wither if no one cared for children and the sick. Churches, schools, and sports clubs would collapse without volunteers. Elections run mainly on volunteer work. Wikipedia wouldn’t exist without it. Can work be productive even if it’s unpaid? That’s a big question that measurers must decide. So far, they say no.

Another philosophical strand runs through the unemployment measure—the notion of the “deserving poor.” In 1878, Carroll Wright commissioned one of the first U.S. unemployment surveys, which he billed as the first official attempt “to ascertain the facts.” The country was still in a depression following a financial panic in 1873 and the press was reporting some scary unemployment numbers. As head of the Massachusetts Bureau of Labor Statistics, Wright wanted to refute the high numbers in order to dampen political unrest. He asked town assessors and police officers to count the out-of-work population in their areas and gave them specific instructions about who to count: not people under 18, not women, and only those able-bodied men “who really wanted to work.” How the surveyors were supposed to determine “really want” is anybody’s guess, but we can imagine that some juicy gossip and rough-and-ready stereotypes went into the mix. Child labor was common at the time and children and teenagers were major contributors to family income, as were women. Wright’s counting rules disappeared a lot of workers. He got the “gratifying” numbers he wanted.

Wright would soon go on to become head of the national Bureau of Labor Statistics. His mode of counting unemployment by inquiring into each person’s willingness to work became the essential test for unemployment statistics unto today. Two future presidents confronted with the Great Depression, Herbert Hoover and Franklin Roosevelt, would borrow Wright’s strategy: first, talk about how unscientific the unemployment numbers are, then insist on counting only deserving people. As the president of the American Statistical Association warned, statistics are “always accessory to some purpose.” If you want to make sense of a statistic, track down the purpose it aided and abetted.

Excerpted from “Counting: How We Use Numbers to Decide What Matters.”  Copyright (c) 2020 by Deborah Stone. Used with permission of the publisher, Liveright Publishing Corporation, a division of W. W. Norton & Company, Inc. All rights reserved.

How did everyone get the unemployment rate wrong?