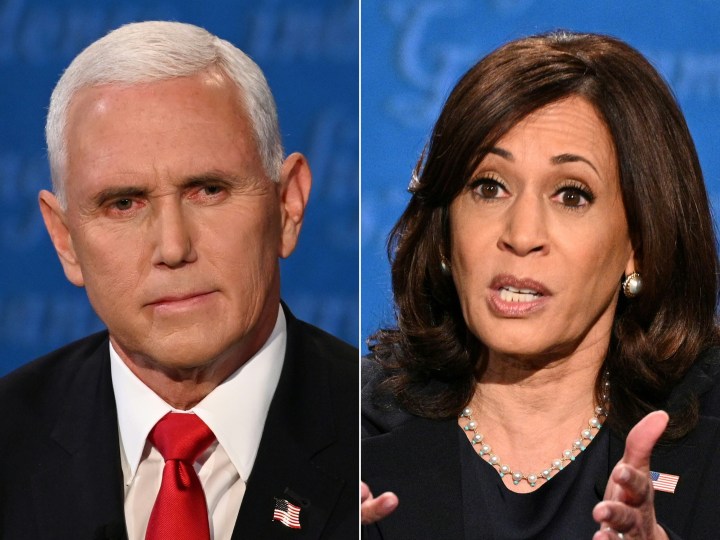 At the vice presidential debate on Wednesday, Sen. Kamala Harris and Vice President Mike Pence sparred over who the Trump administration’s tax reforms wound up benefiting: middle-class families or the rich.

Soon after he entered office, President Trump signed the Tax Cuts and Jobs Act into law, which lowered the corporate tax rate from 35% to 21% and changed the income level of individual tax brackets, dropping the highest tax bracket from 39.6% to 37%.

The winners of Trump’s tax law

Harris said that Donald Trump’s tax law benefited “the top 1% and the biggest corporations,” while Pence said that the average American family of four saved $2,000 in taxes because of the new law.

According to Eleanor Wilking, an assistant law professor at Cornell University, because the tax law reduced personal income rates for every tax bracket except for the 10% bracket, it did not exclusively benefit those in the top 1%. She pointed out that it did disproportionately benefit high-income taxpayers.

According to the Tax Policy Center, the top 20% of earners experienced a 2.9% increase in post-tax income, while the bottom 20% experienced a 0.4% increase.

The tax plan helped higher-bracket taxpayers more than it did those in the lower-bracket, in part because of its 199A or “pass-through” deduction, according to Charlotte Crane, law professor at Northwestern University.

According to the Joint Committee on Taxation, 61% of the deduction’s benefits will go to the wealthiest top 1% of households in 2024.

How much did the tax cuts help the economy?

Pence gave credit to Trump for America’s economic growth prior to the COVID-19 crisis, claiming that Trump was able to turn the economy around by cutting taxes and rolling back regulations.

The unemployment rate did reach a record low at one point during Trump’s administration, hitting 3.5% in late 2019 — a 50-year low.

But according to Alan Blinder, a member of President Clinton’s Council of Economic Advisors and an economics professor at Princeton, the state of the economy is more influenced by what happened before you became president. By the time Trump inherited the economy, the unemployment rate was already on a downward trend.

Wilking said most economists would agree the tax law “had a short-term stimulative effect,” albeit far more modest than proponents of the bill initially claimed. Trump, for example, claimed that wages would jump after he cut business tax rates.

Supporters of the tax bill also said it would lead to a rise in corporate investing. But Wilking said that corporate investment has remained steady, “as corporations engaged in share buybacks, rather than new projects.” In 2018, companies spent $200 billion more on stock buybacks than on research and development.

And while Trump said the economy would grow between 4% and 4.5% after his tax cuts, it ended up growing 2.9% almost two years after the bill was signed into law.

Wilking said that Trump’s tax law ended up contributing to a rise in the country’s deficit, which grew to $984 billion in 2019.

“At some point, the bill may come due, and it is likely that taxes will need to be raised for lower- and middle-income taxpayers to fund it,” Wilking said.

During the debate, Pence said that Biden planned to repeal the Trump tax cuts and would end up raising taxes “on every American.”

Biden has said he will not raise taxes on any American making less than $400,000.

The nonpartisan Penn Wharton Budget Model analyzed the policies Biden has proposed and found that almost 80% of the increases under the Biden tax plan would fall on the top 1% of the income distribution.

In total, PWBM said that Biden’s platform would raise $3.375 trillion in additional tax revenue and increase spending by $5.37 trillion.

Some of Biden’s other key tax proposals include raising the corporate rate from 21% to 28%, restoring the top tax rate for individuals from 37% to 39.6%, and imposing new sanctions on tax havens.