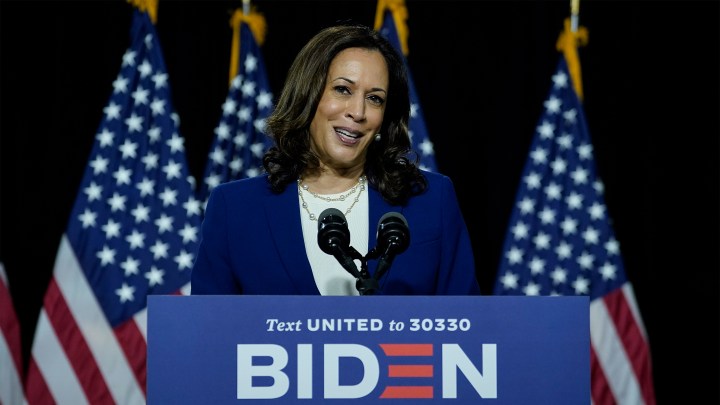 Harris has stirred enthusiasm with the investor crowd because of their perception of her as the moderate choice.

“She’s not Bernie Sanders or Elizabeth Warren. I think that is what people were nervous about,” said Stephanie Link, chief investment strategist at Hightower Advisors, referring to senators who competed with Harris, Biden and others for the Democratic presidential nomination.

At the end of the day, Wall Street and the financial markets want stability. As progressives, Warren and Sanders have advocated Medicare for All policies and fought for major reforms that would include breaking up the big banks.

“We’re talking about having a European-style national health insurance, where the government would take over the health industry,” said Richard Sylla, professor emeritus of economics at New York University. “The pharmaceutical companies and the people who manage our private health care programs could be put out of business by such a plan, so they don’t like it.”

From Wall Street’s perspective, Link said, one of the best political scenarios would be for Biden to win the presidential election while Congress remains split.

Most likely, it would keep President Trump’s tax plan — which cut the corporate rate from 35% to 21% — in place. “That’s the status quo,” Link said. “And quite frankly, the market likes that.”

That desire for security, a financial Goldilocks story — not too hot, not too cold — is a pattern we’ve seen in recent years.

During Election Day in 2016, the markets began to plunge as Donald Trump came closer to clinching a win since they were betting on Hillary Clinton. Although they did recover within a few hours and rose throughout the following week.

Sylla said that historically, Wall Street has tended to gravitate toward the Republican Party because it’s perceived as the “party of business.” He pointed out, though, that markets actually have performed better when Democrats are in charge, possibly because Democrats offer policies that pursue full employment.

However, over time, Sylla noted, there’s been a shift with Democrats, who are not exactly “pro-business,” but “pro-policies that are good for business.”

“Both of the parties are similar in the sense that they get a lot of corporate contributions, a lot of help from businessmen,” Sylla said.

All things considered, Wall Street doesn’t want someone who’s too extreme on either end of the spectrum.

Link said she’s not sure that Wall Street is rooting for one party over the other.

“I just know as an investor, I want earnings to go higher,” Link said. “Whoever it is, is fine by me.”