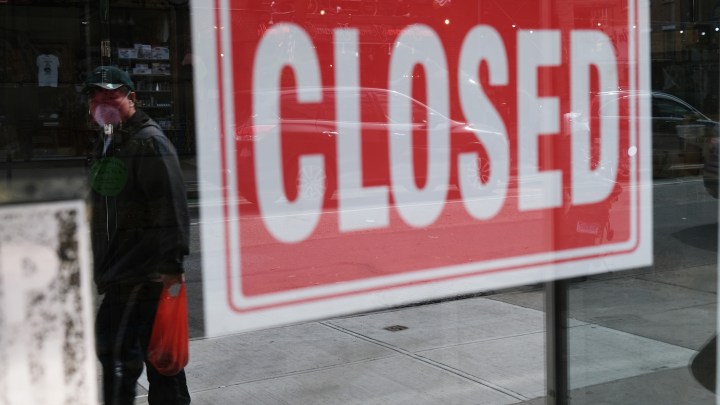 COPY
Being furloughed, combined with the struggle for social justice and the uncertainty around the election and the pandemic, can be overwhelming. Spencer Platt/Getty Images
COVID & Unemployment

Being furloughed, combined with the struggle for social justice and the uncertainty around the election and the pandemic, can be overwhelming. Spencer Platt/Getty Images
Listen Now

Last week, more than 800,000 Americans filed new claims for unemployment benefits. As tens of thousands more brace for job losses this week or in the future, we checked in with furloughed workers and looked at the economic and psychological impact being furloughed has had on their lives.

Back in April, Monica Harris was furloughed from her digital marketing job in the Atlanta area. At first, she was optimistic.

“Maybe this is the time I need to just be like doing other stuff, working on some passion projects, just stuff like that,” she said.

Then her furlough was extended, and her extra unemployment benefits ran out. Besides fretting over her job, she spent the summer worrying, “I hope I’m not the next Breonna Taylor; I hope my fiancé is not the next George Floyd,” she said.

Now she expects to be out of work for the rest of the year.

“Last month was probably the hardest out of the whole time I haven’t been working that I really was feeling like, ‘Oh my god, like, am I going to be OK?'” she said.

The pandemic, the struggle for social justice, the uncertainty surrounding the election — add in unemployment — and the stress can be overwhelming, said Art Goldsmith, an economist at Washington and Lee University who studies how joblessness affects mental health.

“All sorts of insecurities undermine emotional well-being,” Goldsmith said. “And this is a classic case of that, because you just don’t know and employers don’t know either.”

“I live right next to the Philadelphia airport. So whenever planes go to land or take off, I hear them and it’s sad,” Grasty said. “It’s very sad.”

As is not knowing whether she’ll go back to work on a plane. 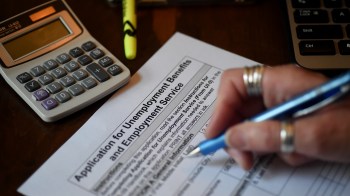