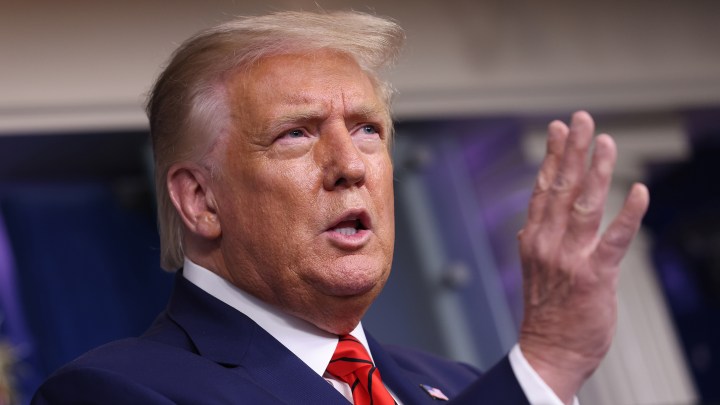 That payroll tax holiday, that you probably aren’t getting, technically went into effect Tuesday. A lot of employers aren’t participating — at least not yet — in this Trump administration economic relief approach.

But what choice do employees have on whether or not they keep about 6% more of their paychecks? That’s the tax money that normally goes to fund Social Security.

Marketplace’s Nova Safo has more on this. He spoke with “Marketplace Morning Report” host David Brancaccio, and the following is an edited transcript of their conversation.

David Brancaccio: Nova, one reason I ask is because employees, as it currently stands, will be on the hook to all this cash back to the government in the spring and may not want a balloon payment hanging over their heads. So do they have a choice in the matter?

Nova Safo: It looks like it’s going to depend on who they work for. That’s because the guidance to implement the tax holiday that’s come from the IRS is addressed to companies. It doesn’t talk about what employees can do.

I spoke with Robert Delgado this morning. He’s an expert on compensation and benefits at the accounting firm KPMG.

Robert Delgado: The notice does not give employees a say in opting in and out of the payroll tax deferral. However, it does provide flexibility for employers to provide that option to employees, and so a lot of employers are looking to put in place an election for employees as part of this process.

Safo: For example, payroll processor ADP, which handles hundreds of thousands of company payrolls, is talking about workers opting in. So there appears to be some mechanism forthcoming, at least for some private sector employees.

Brancaccio: If a company is not participating in the tax deferral, but an employee wants it, do they have any recourse? Can they force their company’s hand?

Safo: It doesn’t look like it. Because there are no penalties for companies that do not participate in the tax holiday. So the private sector is interpreting the whole thing as voluntary. That means employees don’t have a lot of say to force companies to participate, at least not based on the early guidance from the government. More could be forthcoming, and the rules could change.