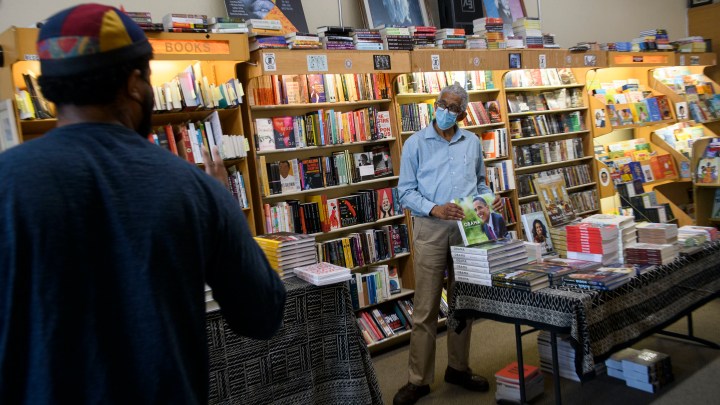 COPY
When most Americans think of "small business," they think of places like Eso Won Books in Los Angeles, with 20 employees or fewer. Patrick T. Fallon/AFP via Getty Images

When most Americans think of "small business," they think of places like Eso Won Books in Los Angeles, with 20 employees or fewer. Patrick T. Fallon/AFP via Getty Images
Listen Now

When it launched last year, the Paycheck Protection Program’s forgivable loans were available to businesses with fewer than 500 employees. This year, the Small Business Administration reduced the maximum size of businesses that can participate to 300 employees.

That change raises the question: What counts as a small business, anyway?

The federal government generally defines a small business as one with fewer than 500 employees. Companies that fit the definition employ roughly half of the private-sector workforce. They’re eligible for many government aid programs. And they have a leg up when it comes to winning federal contracts.

“There’s $600 billion in opportunities,” said Karen Kerrigan, CEO of the Small Business & Entrepreneurship Council, an advocacy group. “That’s the amount of money that the federal government does with the private sector each and every year.”

The problem with that 500-employee definition is it includes about 99.9% of all businesses in the U.S. And even within that group, businesses tend to skew toward the tiny.

“Eighty-nine percent of businesses have fewer than 20 employees,” Kerrigan said. “We know that small businesses in America are really small.”

Businesses with fewer than 20 employees have very different needs from companies with hundreds. For instance, many companies with a handful of employees need help with day-to-day operations.

“They may rely upon us to do their payroll-tax returns, sales-tax returns,” said Phil McCollum, a tax partner with the accounting firm Henry+Horne. “They probably don’t have a full-time bookkeeper. So sometimes we’ll have to help them with monthly accounting.”

Businesses with more than 20 people on the payroll employ a bigger share of the U.S. population. McCollum said those companies are generally more sophisticated.

“They might have a full-time accounting staff,” he said. “They’re doing forecasting, printing their monthly profits-and-loss statements. So they have an idea of where things are going.”

How small a business should be to count as a small business has been a contentious question since Congress created the Small Business Administration in the 1950s. Some federal agencies have argued that a 500-employee cutoff is simple and easy to administer throughout the government.

De Rugy said a company with 500 employees just isn’t what most Americans have in mind when they think of a small business or the kind of business that should benefit from government aid, such as the Paycheck Protection Program.

“You see when you look at these companies that are big, that they actually don’t have problems accessing capital,” de Rugy said.

But the right definition of “small business” depends on what problem the government’s trying to solve.

Paige Ouimet, a finance professor at the University of North Carolina’s Kenan-Flagler Business School, said if the government’s trying to encourage the creation of more small businesses, then it makes sense to target the smallest companies.

Ideally, Ouimet said, the federal government would phase in small business benefits as employee counts go down instead of imposing a hard cutoff. 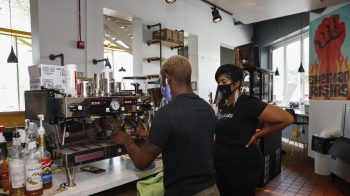