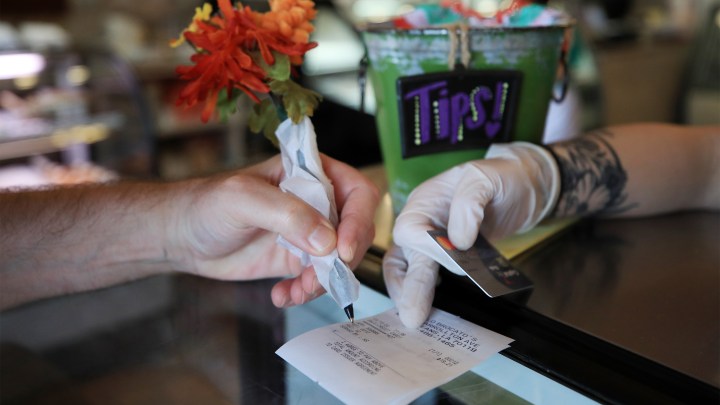 If you’ve been following the airline industry, you know that things aren’t exactly great. United Airlines recently said it expects its flying capacity to drop by two-thirds this quarter.

And over the weekend, United said it will permanently stop charging fees to make changes to domestic flights. That is a big deal: Change fees were a $2.8 billion business for domestic airlines in 2019. United’s fees are usually $200.

But getting consumers to actually buy airline tickets right now is a big deal, too. That brings us to another piece of news. Chase and Mastercard are launching a new credit card with a whole lot of cash back rewards for spending on things like dining out and travel.

But he is interested in the new Chase card’s 3% cash back at drugstores and 5% cash back for groceries.

“I’m ordering in a lot of grocery stores. That’s one of the biggest spend categories now for me personally,” Crouvisier said.

Credit card companies have been trying to adapt to the new ways we’re shifting our spending, said Andrew Davidson, who follows credit cards for Comperemedia.

For credit card companies, the thinking is, “We’re in it for the long term. Consumer needs are changing. We can’t sit back and not offer new credit cards to customers,” Davidson said.

U.S. Bank recently launched a card with perks for takeout and streaming services.

“The race is on, really, to create the ideal credit card that reflects the sort of changing consumer needs,” Davidson said.

Credit card marketing dropped at the outset of the pandemic, he said, but it’s starting to pick up again.

Freelance musician Khrys Williams has noticed, especially when he checks his mail.

“The only things I get are credit card offers,” Williams said. “Normally I just, like, throw them in the trash.”

“Businesses realize that they need to come up with some major incentive to try and shake people to spend a little bit more,” he said.