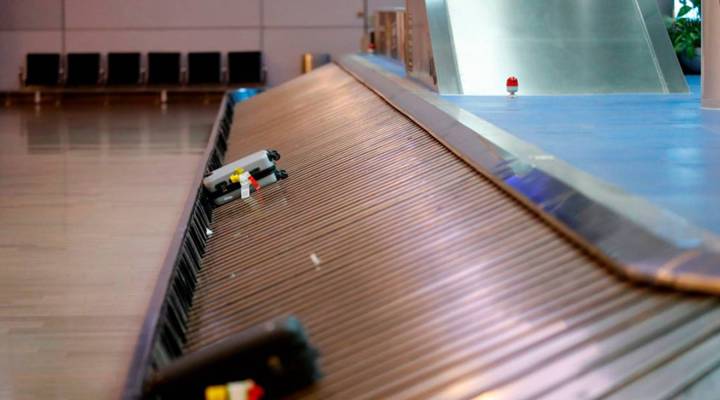 Delta and American airlines are now the third and fourth major U.S. airline in the past month to raise checked luggage fees. American has raised its fee for the first checked bag from $25 to $30, and from $35 to $40 for the second bag, for a one way trip. The move follows similar announcements from JetBlue and United Airlines. Some of these companies say the increase in baggage fees is an effort to offset rising fuel costs, but industry watchers say it’s all about profit.

“It’s a high-margin product for the airlines to sell, and the airlines are a monkey see, monkey do business,” he said.

U.S. domestic carriers raked in $2.4 billion from baggage fees the first half of this year alone, according to the Bureau of Transportation Statistics; the fees brought in $4.5 billion last year.

George Hobica, founder of the travel site Airfarewatchdog.com, said baggage fees can be avoided through credit cards and membership programs, which are more valuable to air carriers than baggage fees themselves.

“For $90 or $100 a year, you can get one of these airline credit cards that not only give you free bags, but also people traveling with you, and that can pay for itself in just one trip,” he said.

Erik Deckers flies Delta a few times a year. He has a Delta loyalty card and could check bags for free, but chooses not to.

“I always pack a carry-on and a personal item like a briefcase,” he said.

For travel industry analyst Henry Harteveldt with Atmosphere Research Group, it’s no surprise that carriers are raising checked-bag fees again. He’s found that when bag fees go up, so do travelers’ expectations for baggage service. They want faster bag arrival and fewer lost bags, for example.

But analysts say most people continue to cram their items into carry-on cabins and others will check bags in, if need be. Because the bottom line is, according to Harteveldt: