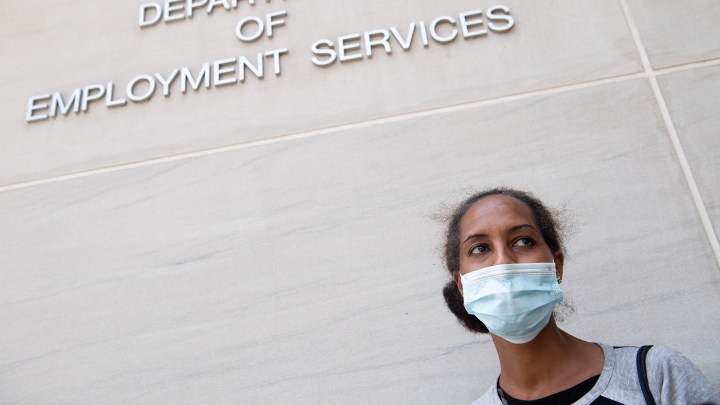 COPY
Analysis from the Bipartisan Policy Center, a Washington think tank, finds that Black and Latino workers are having their unemployment claims rejected at disproportionately higher rates, compared to white workers. Saul Loeb/AFP via Getty Images
Race and Economy

While Congress figures out the next round of unemployment aid, a new survey suggests states have some work to do to distribute that aid more fairly.

Analysis from the Bipartisan Policy Center, a Washington think tank, finds that Black and Latino workers are having their unemployment claims rejected at disproportionately higher numbers compared to white workers.

The Bipartisan Policy Center was conducting a survey with Morning Consult of workers on unemployment insurance, when pollsters discovered something odd: By only talking to those on unemployment aid, minorities were being significantly underrepresented in the survey.

So, they went back and talked to respondents who had told them their aid applications were rejected, and they made a surprising discovery.

“What we found was when people of color applied for unemployment benefits, they were much less likely to be approved,” said Ben Gitis, senior policy analyst at the BPC.

The survey found that white workers made up 78% of aid recipients, even though they accounted for only half of all unemployed workers.

By contrast, Black and Latino workers made up nearly 40% of the unemployed, but were less than 20% of aid recipients.

Why is this happening? Gitis said analysts are not sure.

“But it is noteworthy, particularly right now because Black and Hispanic individuals are carrying a lot of the burden of job loss,” he said.

Gitis said policymakers need to take a look at how eligibility for aid is crafted to make sure more of the unemployed are covered.