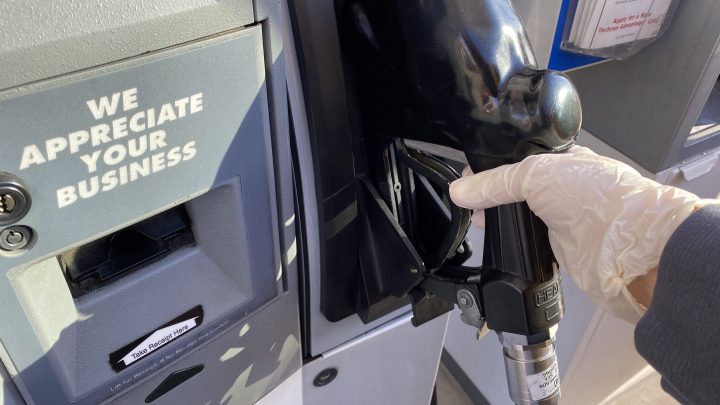 Does measuring inflation matter during a pandemic?

Does measuring inflation matter during a pandemic?

Every month, the Bureau of Labor Statistics puts out the consumer price index. It’s a number that measures the change in prices consumers are paying for common goods and services. We learned Tuesday it fell by 0.8%, the biggest drop since the Great Recession. But in a pandemic world, what’s the value of measuring inflation when everything seems to be in flux?

The Bureau of Labor Statistics deploys a team of window shoppers every month to check prices of things Americans buy regularly. A loaf of bread, coffee beans and even vodka. And those prices? CPI data show they’ve gone up as we cook more at home because of the pandemic. But then there’s everything else. Take gas, which fell more than 20%.

“This is not surprising given that people aren’t supposed to be out there driving, the airlines aren’t flying, a lot fewer trains are running and so on,” said Kit Baum, a professor of economics at Boston College. Baum said demand for many of the things we buy has gone down, like car insurance and clothing, which are also part of the CPI.

Still, we keep hearing the economy is on pause. So why does any of this even matter?

“There will be lots of different kinds of data that will give us different pictures of the post-COVID economy, but one of them will be how prices adjust,” said Kathryn Dominguez, a professor of economics at the University of Michigan. Once things pick up again, how much prices change will give us an indication of where the economy is headed. And Dominguez said it’s not just about the shift in prices. The BLS also tracks what people buy.

“It is quite possible that the basket of goods that the average American purchases, even after the lockdowns are all over, differ from what they were before the lockdowns,” she said.

The pandemic could continue to impact what we eat, how we get around and what we buy to entertain ourselves or feel comforted. And that will impact the economy just as much as what all those things cost.