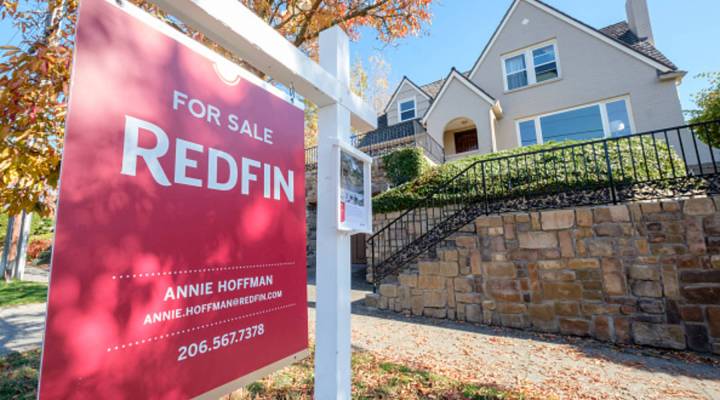 COPY
Different methods of calculating consumer inflation have different ways of accounting for the movement of home prices. Stephen Brashear/Getty Images for Redfin

We’ll get the latest read on inflation Tuesday, when the Bureau of Labor Statistics puts out its consumer price index for the month of June. As you may recall, the May report showed the biggest annual increase in consumer prices, 5%, in 13 years. But if you’re looking for the recent jump in home prices to show up in that number, you’re likely to be disappointed. The shelter component of inflation, as measured by the CPI, has stayed pretty steady, from around 2% to 3.5%, for the past decade. And some economists have a problem with that.

To understand how the BLS measures housing inflation, we went straight to the source. Steve Reed is an economist in the information analysis section of the consumer price index at the Bureau of Labor Statistics. It’s his job to explain the CPI, and the data behind it, to the public.

The goal of the CPI, Reed said, is to measure changes in the cost of living over time. To do that, it tracks prices for a bunch of different things, like gas, groceries, clothes and housing. The overall housing category includes furniture, appliances and utilities — even lodging away from home — but the biggest component is what we pay for our primary residence. The price of rental housing is easy — the index looks at changes in monthly rents. But most Americans own their homes, and that’s where it gets tricky.

“When you purchase a home, a large aspect of that purchase is an investment aspect,” Reed said. “It’s not a consumption aspect, and we are trying to measure the price change for consumption.”

To do that, the bureau uses a calculation known as owners’ equivalent rent.

“The idea there is that if you’re living in your home, your cost of sort of consuming the shelter provided by that home is what you’re foregoing by not renting it to somebody else,” he said.

The CPI estimates owners’ equivalent rent by looking at actual rents for comparable homes in the same area, Reed said. But remember, housing is just one item in that basket of goods, and because it takes up a bigger chunk of most of our budgets, it carries a bigger weight in the overall measure of inflation. Together, real rents and would-be rents make up about a third of the CPI.

To come up with that weight, the BLS surveys consumers about how much they spend on the items in the basket, including rent. For homeowners, Reed said, “that’s where we have to ask this question, ‘If you were to rent your house, how much could it rent for?’”

Since most homeowners probably don’t spend a lot of time thinking about renting out their homes, they guess. You may think all that guessing is the reason some economists have a problem with the way the CPI measures housing inflation.

He said it’s not the guesses. It’s the hard numbers — the ones based on actual rents — that distort the inflation rate. Renters who stay in the same place for a long time typically only see small increases every year, but when they move out, the rent often jumps for the next tenant. Yoshida thinks the CPI has too few of those renters in the mix.

“That appreciation rate tends to be underestimating the reality because that survey misses the huge adjustment between long-term tenants,” he said.

Yoshida and some colleagues created a different measure of rent inflation, based on new leases — and voila.

“Between April and May, we have 8.4% annualized inflation,” he said. “That is significantly higher than 2.5% CPI rent.”

If you plugged that bigger housing number into the overall CPI, inflation in May would have been nearly half a percentage point higher — not a small thing if you collect Social Security benefits and your cost-of-living increase is pegged to the CPI, or if it determines your annual raise at work. The BLS has tweaked its formula, but not enough, Yoshida said.

And if you’re wondering how all this measures up for the Federal Reserve, it uses a different index, which Yoshida said also underestimates housing inflation. But if you’ve made it this far, that’s probably enough for today. Maybe next time.