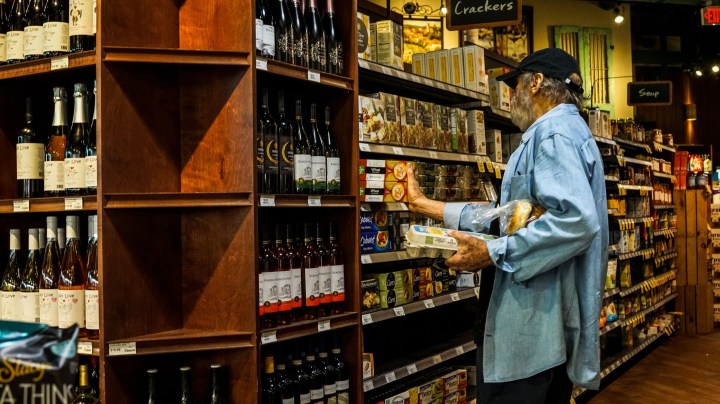 COPY
For those on fixed incomes, inflated prices on everyday items like rent and food can hit particularly hard. Chandan Khanna/AFP via Getty Images

For those on fixed incomes, inflated prices on everyday items like rent and food can hit particularly hard. Chandan Khanna/AFP via Getty Images
Listen Now

The word of the day today is inflation. Many of us were bracing for the news about rising prices with the monthly Consumer Price Index coming out — and it delivered.

Year-over-year prices were up by 6.8% on the bundle of items that the CPI tracks, according to the Bureau of Labor Statistics.

The federal government uses the CPI as a reference for a number of social programs, from social security to SNAP benefits and school meal programs. With inflation climbing as much as it is, how are these programs adjusting?

Julie Helmi in Beaverton, Oregon, said her monthly social security benefits just don’t keep up with rising expenses. “Every year, it gets a little bit harder,” she said.

For some retirees like Helmi, inflation is outpacing benefit checks. Take rent. She said hers has gone up $155 a month since the start of the pandemic — a roughly 13% increase. Helmi said he’s scraping by from her benefit checks.

“I’m just trying to sell off more of my belongings and stuff that I own,” she said.

In normal times, adjusting for inflation once a year works fine, according to Alicia Munnell, who directs the Center for Retirement Research at Boston College.

“The concern, in my view, is that it stays at the sort of 6% level for another year,” she said. There’ll be another adjustment next fall if prices keep going up but in the meantime, Munnel said, social security benefits lag behind.

One of the biggest expenses for many people is food. Bacon, for example, costs 21% more this year. Coffee is up 7.5%.

“I’m not surprised that food inflation is continuing to rise,” said Connel Fullenkamp, an economics professor at Duke University. Prices for food producers are up, too.

“From the food ingredients themselves to the tin cans and other packaging, they put it into the transportation,” he said.

And for people on programs like SNAP, rising food costs often translate to difficult choices at the grocery store, said Elaine Waxman, a senior fellow at the Urban Institute.

“It makes it much more difficult to bring home the same amount of food that they’re used to getting,” Waxman said.

An inflation adjustment not just year-to-year but maybe month-to-month would help, she added.