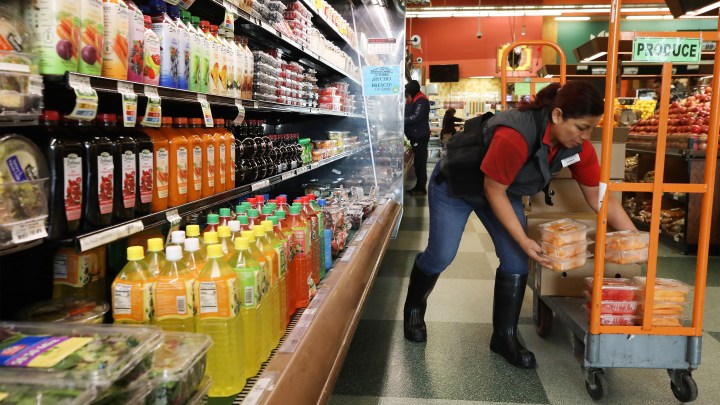 Rashad Lloyd started working at a Total Wine & More in Springfield, Virginia, in March, right when the pandemic heated up. The job paid $14 an hour, with an extra $2 an hour as hazard pay.

The bonus ended on April 12. But what hasn’t ended: the threat of the virus. “I mean, I’m extraordinarily worried about personal risk,” Lloyd said. “But I need to work, and I need to bring in some income.”

In an email, Total Wine & More said the hazard pay was meant to be temporary to match an increase in store traffic. Other retailers, like Target, have promised hazard pay through the end of May. Many businesses aren’t giving it at all.

The question a lot of retailers are wondering is: How long do you keep granting hazard pay if the hazard has no foreseeable end?

In normal times, jobs that suddenly become more dangerous would pay more because of market dynamics. But these aren’t normal times, and jobs aren’t easy to come by.

“So if an employer was paying hazard pay and stopped providing it, there’s very little an employee could do,” said Heidi Shierholz, a senior economist at the Economic Policy Institute.

Grocery store workers didn’t sign up for their jobs thinking they’d be putting themselves in danger. But owners didn’t expect it either.

“You did not picture that you needed to pay your workers hazard pay because it was not on your radar that this could become an extremely dangerous job,” Shierholz said.

Most businesses don’t have a disaster plan for a global pandemic, especially small businesses, which tend to have less cash in reserve.

Jake Kaberle, who co-owns a grocery store in Traverse City, Michigan, starts employees at $11 an hour. He’s added a $2 hazard pay, with no end date.

“It was definitely the right thing to do, but can have a wild impact on my bottom line,” he said.

He plans to keep paying the bonus as long as sales stay strong or until things are less risky for workers. He thinks he can sustain it for a couple more months.

“The safety issue is a big barometer,” he said.

But how will Kaberle decide when things are safe? He said when Michigan reopens nonessential businesses.