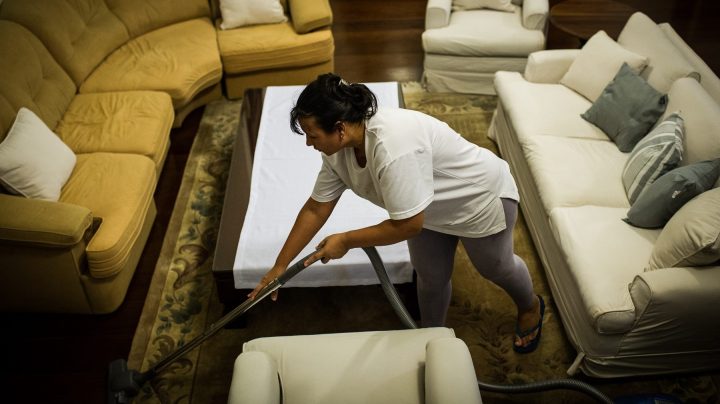 An estimated 94% of domestic workers have had clients cancel on them during the COVID-19 outbreak, according to the National Domestic Workers Alliance, a network of activist groups. Yasuyoshi Chiba/AFP via Getty Images
COVID-19

An estimated 94% of domestic workers have had clients cancel on them during the COVID-19 outbreak, according to the National Domestic Workers Alliance, a network of activist groups. Yasuyoshi Chiba/AFP via Getty Images

Marisol Aguilar was in the middle of a shift when reports came out of the first COVID-19 diagnosis in Montgomery County, Alabama, where she lives. Aguilar, who cleans houses for a living, said her client, a physician, paid her for the day and told her to leave immediately.

“She didn’t let me finish cleaning the house. She told me to leave everything where it was, go buy food and lock myself at home,” Aguilar said. One by one, Aguilar’s clients sent text messages and called asking her not to come in to work. Within a week, she said her weekly average earnings dropped from $450 to $200.

No one has offered anything resembling severance payments, but Aguilar said she doesn’t blame her clients.

“We’re all in the same situation now. Everyone’s trying to save whatever they have.”

Aguilar, who emigrated from Mexico 18 years ago, said she doesn’t have health insurance and doesn’t qualify for unemployment benefits. The 37-year-old mother of three now relies on donations from a local church to put food on the table. She continues cleaning a few houses — something she fears puts her at risk of becoming infected and spreading the disease to her family — but said she doesn’t have a choice.

“A lot of people say I shouldn’t be working, that I’m putting myself at risk. But I’m also at risk of losing my home, of not having enough to eat,” she said. Her husband, a house painter who has diabetes, a COVID-19 risk factor, also continues to work when he can.

More than 22 million people have filed for unemployment over the last month as the coronavirus pandemic shutters businesses across the country. But those figures don’t reflect the toll the outbreak has had on many domestic workers like Aguilar, as well as undocumented laborers who do not qualify for relief.

There are more than 2 million domestic workers — house cleaners, nannies and home health aides — in the United States, and the majority are women of color and immigrants. The National Domestic Workers Alliance, a network of activist groups, estimates that 94% of domestic workers have had clients cancel on them, and 84% didn’t know whether they’d be able to afford food in the coming weeks.

Her organization has set up an emergency relief fund for workers affected by the crisis; by April 8 they had received 2,500 applications for aid.

Kashen said the crisis underscores the need for a national domestic workers bill of rights, something her organization has been pushing for years.

“Domestic workers make all other work possible, and yet this sector has historically been left out of a lot of labor laws and protections,” she said. Last summer, Sen. Kamala Harris, D-Calif., and Rep. Pramila Jayapal, D-Wash., introduced legislation that would extend federal labor laws to domestic workers, guaranteeing a minimum wage and paid sick days, among other things. The bill has been introduced to various subcommittees but hasn’t seen action since July.

On April 13, Sen. Elizabeth Warren, D-Mass., and Rep. Ro Khanna, D-Calif., proposed an essential workers bill of rights that would expand labor protections for frontline workers, including domestic workers, and called on lawmakers to include these provisions in the next coronavirus relief package.

The series of relief packages that have already come out of Washington, D.C., offers some support to domestic workers, particularly caregivers, but undocumented workers — many of whom pay taxes — will likely not receive help.

Kashen said she believes that people who are now cleaning their own homes and caring for their own family members may gain a new appreciation for the women who clean their homes and care for their children and elders in normal times.

For many immigrants, the stress of losing work is compounded by no longer being able to send money to family back home. Elizabeth de Paz, 42, a house cleaner in Miami and single mother of six, said her weekly income has fallen from around $900 to roughly $100. She’s found some work in roofing construction, labor that presents its own set of risks.

She said before the pandemic, she sent her mother and sister in Honduras weekly remittances. Her mother suffers from diabetes and AIDS, and de Paz pays for her medications.

“My mother depends on me, and over the last month, I have only been able to send one $40 payment, which is nothing compared to what I normally send,” she said. She had recently learned that an aunt who had traveled to New York was diagnosed with COVID-19; she was hospitalized and later died from the disease.

Aguilar, in Alabama, said she’s trying to adapt to her new reality: There’s less food on the table. Her two younger children share a single tablet computer, which they use to attend classes — sharing the device means each one misses half a day of school. One of her daughters, who suffers from anxiety, is no longer able to see her therapist; Aguilar is looking for alternatives to in-office visits.

“I’m trying to stay positive,” she said. “I have to be mentally and emotionally well because I think this situation is going to last for a while.” 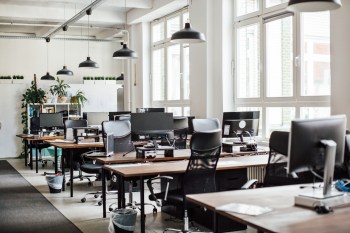 How “long COVID” is impacting the labor force