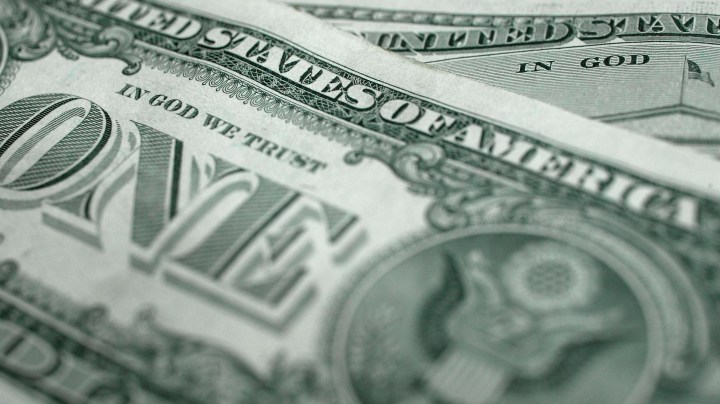 COPY
Startups don't have the cash flow or credit lines to deal with crises like big companies do. Alex Wong/Getty Images
COVID-19

Startups don't have the cash flow or credit lines to deal with crises like big companies do. Alex Wong/Getty Images
Listen Now

While many startups are quickly pivoting their expertise to ventures that will help with this pandemic mess, the young, innovative companies have always been risky.

Erik Gordon, a professor at the University of Michigan’s Ross School of Business, told “Marketplace Morning Report” host David Brancaccio “they’re in probably the worst shape because they don’t have the resources big companies have.” The following is an edited transcript of their conversation.

Erik Gordon: Big companies have all kinds of cash on hand. And they have lines of credit, which are commitments by banks to send them money. Little companies always are living on the edge of near-bankruptcy. So this is very, very tough on them.

David Brancaccio: Can we look at history for a sense of where things may be going for some startups now?

Gordon: Yes, we can. And here’s what we’ll see. We’ll see that companies will cope. They’ll cope by slowing down what they can slow down. Maybe they’ll cut down the scope: Instead of trying to develop two products, they’ll try to develop one product. What they’re going to try to do is get their cash flow under control. That is, get control of the amount of cash that goes out the door every week, because they’re not going to have cash coming in.

Brancaccio: Now, I mean, if you’re a startup, you’re not going to get bailout money directly, right? That’s not how it works.

Gordon: No, I mean, the airlines will have no trouble getting their $50 billion. The company that needs $100,000 probably isn’t going to get it.

Brancaccio: Part of the difficulty here is that if you’re a startup, that implies it’s a risky venture, and we’ve just run into a whole lot of uncertainty and risk.

Gordon: You know, we forget about that side of risk. We talk about risk as if it’s some hypothetical thing, and it won’t happen. But it does happen. And it’s happening now. And small companies and a lot of us are getting a lesson in, “Risk is real.”

Brancaccio: I mean, it’s a shame at many levels — the human level, certainly. But, also, we’re going to lose some innovation here.

Gordon: That’s the sad part. We won’t know what we’ll have lost from these small, innovative companies. And some of the companies are working on drug development.