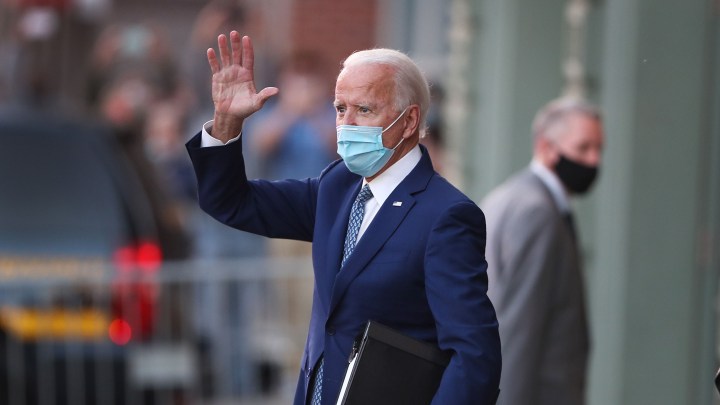 COPY
President-elect Joe Biden waves to supporters as he leaves The Queen theater after receiving a briefing from the transition COVID-19 advisory board on Nov. 9, 2020 in Wilmington, Delaware. Joe Raedle/Getty Images

President-elect Joe Biden waves to supporters as he leaves The Queen theater after receiving a briefing from the transition COVID-19 advisory board on Nov. 9, 2020 in Wilmington, Delaware. Joe Raedle/Getty Images
Listen Now

David Brancaccio: So what’s this sense — that government regulators will somehow lay off on Big Tech when it comes to antitrust given that it’s President-elect Biden?

Erik Gordon: I think Mr. Biden is less strident than Mr. Trump is. But Mr. Biden won’t lay off a lot. For example, the Google antitrust case that’s already been filed — Mr. Biden, President Biden won’t stop that, because that would make him look too cozy with Big Tech.

Gordon: Here’s the difference: I think things will move more slowly, more deliberately, perhaps with less arm-waving. Big tech isn’t home free, but I think they are going to have their wings clipped.

Brancaccio: And we should remind ourselves that the effort in the present Congress to scrutinize the Big Tech companies was, in a sense, bipartisan. Republicans and Democrats may have looked at it differently, but they joined together to hold tech’s feet to the fire.

Gordon: And here’s where it’s most bipartisan: not on the antitrust side, but on this Section 230, which is a section of a 1996 law, which has protected a lot of Big Tech, a lot of the platform providers, in ways that I think is going to be whittled away at. That’s where I think the big change comes to Big Tech.