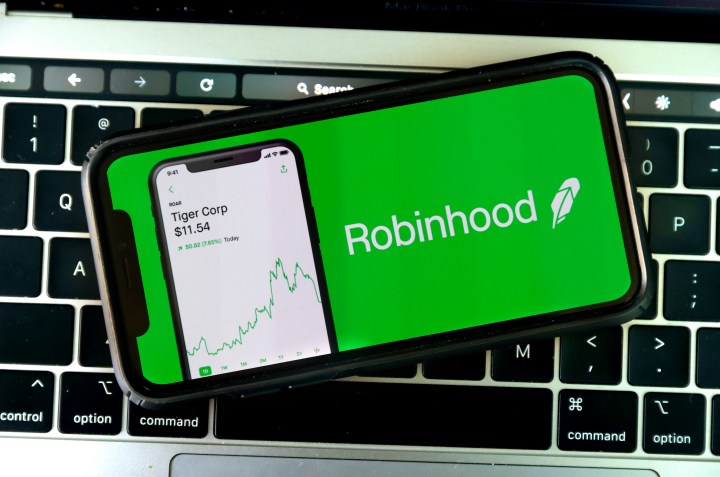 It’s a big moment for initial public stock offerings. Thirty companies are expected to go public this week, including language-learning platform Duolingo, produce seller Dole and grill maker Traeger. But one of the most closely watched debuts will be that of Robinhood, the online brokerage whose popular app provides retail investors with commission-free trading.

But Robinhood’s IPO will be different from most because the company plans to make up to 35% of its shares ($770 million worth) available for everyday investors to purchase through its app — a move that many expect will fuel volatility in the stock. The company will also relax restrictions that typically bar employees from selling their shares within six months of the initial offering, adding another element of uncertainty.

“This is posited as democratization — ‘We’re going to let the individual investors in.’ [But] you have to wonder, is that because they love their customers? Or is that because they need their customers to buy the stock in order for the IPO to work?” said Erik Gordon, professor at the University of Michigan’s Ross School of Business, during an interview with “Marketplace’s” David Brancaccio.

Brancaccio spoke with Gordon about why some are wary of Robinhood’s plan and whether other companies could adopt similar tactics. The following is an edited transcript of their conversation.

David Brancaccio: Why is Robinhood, in a sense, an outlier?

Erik Gordon: The public offering itself is unusual in a couple of ways. They’re setting aside a large chunk of the shares for their own customers: people who trade on Robinhood. And there are some technical things about the offering that make it very tricky. For example, in most IPOs, the insiders — the founders and the venture capitalists who have really cheap stock because they bought it a while ago — they don’t get to sell for six months, and that allows the market to stabilize. But [with] Robinhood, a lot of them can sell right away. They can go out the back door while new investors come in the front door.

Brancaccio: So, some democratizing — people who would normally not get a piece of this right away are getting a piece of this. But the big dogs also get to play without a lockup period.

Gordon: Yeah. This is posited as democratization — “We’re going to let the individual investors in.” [But] you have to wonder, is that because they love their customers? Or is that because they need their customers to buy the stock in order for the IPO to work? When somebody comes to give me something that I am not usually getting, I always wonder why they picked me. Do I just look like a sucker?

Brancaccio: Well, we’ll see. Still, this model that Robinhood is pursuing — do you think it’ll spread?

Brancaccio: And what’s with all the IPOs here in late July, early August? I mean, before COVID, I wouldn’t say launching a new stock was outré, but it didn’t seem quite as in.

Gordon: Yeah. We’ve gone through a period where going public was very much out of style. Founders were told lots of ugly stories about what it’s like to be a public company, so they held off. Now, it’s as if the dam has broken and we have a flood of IPOs — including from companies where it’s amazing they can go public at all. It’s a market in which some people are going to make money and a lot of people are going to lose money.