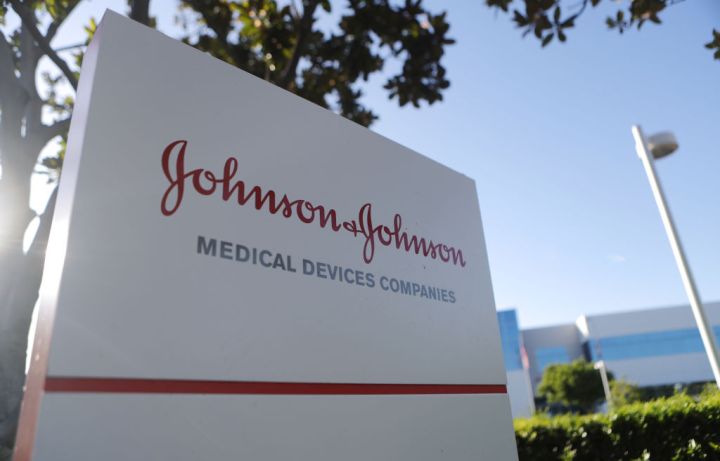 COPY
A judge has ordered Johnson & Johnson to pay $572 million in connection with the opioid crisis in Oklahoma. Photo by Mario Tama/Getty Images

A judge has ordered Johnson & Johnson to pay $572 million in connection with the opioid crisis in Oklahoma. Photo by Mario Tama/Getty Images
Listen Now

Stock in the pharmaceutical company Johnson & Johnson was up 2.5% in early trading this morning. This comes after a seven-week trial found that the company downplayed the risks of opioids. A judge in Oklahoma ordered the company to pay $572 million.

The state had asked for much more – $17 billion – yet $572 million is significant and more than twice what Purdue Pharma, the maker of OxyContin, paid to settle before its trial. Johnson & Johnson will appeal. Marketplace Morning Report’s David Brancaccio spoke with Erik Gordon of the University of Michigan’s Ross School of Business about the verdict. Below is an edited transcript of their conversation.

Erik Gordon: So the significance is that these public nuisance laws have been used mostly unsuccessful for things, for example, like guns, lead paint. It’s a pretty creative approach because it allows the plaintiffs – in this case the state of Oklahoma – to recover a lot of money without showing how much each individual drug user was hurt.

Brancaccio: Johnson & Johnson stock went up overnight, in part, we think, because of this verdict. The dollar figure was less than it might have been. But I mean, let’s be real here. This is just the beginning of a series of legal fights, not just for Johnson & Johnson.

Learn about the FDA-approved, misleading claims about OxyContin that helped set off the opioid crisis:

And for more on this country’s decades-long fight against drugs, listen to the latest season of The Uncertain Hour.

Brancaccio: There’s many more of these and … do judges have to be fully guided by what’s happened in Oklahoma?

Gordon: Each judge will decide and each jury will decide according to the law of their state. And in fact we don’t even know what the final verdict is in Oklahoma because Johnson & Johnson is going to appeal this.

Brancaccio: Do you see a lesson in this one Oklahoma verdict for the industry that sells these painkillers?

Brancaccio: So, you think there’s going to be perhaps greater attention to what you say in an ad for your drug?

Gordon: I think if you’re intelligent, you’re going to be very careful and maybe not get too close to the lines so that it later looks as if you’re trying to mislead people.