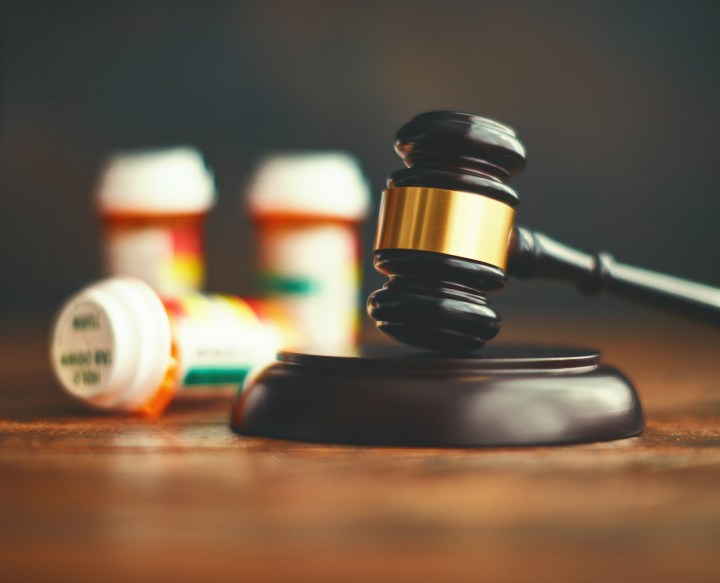 Johnson & Johnson and the nation’s three largest drug distributors have agreed to pay Native American tribes $590 million in a tentative settlement stemming from the opioid crisis.

The deal announced Tuesday is notable for its large price tag.

But more than that – the settlement also marks a shift in how tribes approach seeking financial restitution from corporations in the courts.

And in Arizona, for the Tohono O’odham nation, the proposed settlement is an important step forward, said Howard Shanker, the tribe’s Attorney General.

“The Tohono O’odham people will continue to hold opioid manufacturers, distributors and others accountable,” he said.

In a statement, Johnson & Johnson said the settlement isn’t an admission of any liability or wrongdoing. The company said it plans to “defend against any litigation that the final agreement does not resolve.”

Matthew Fletcher is a member of the Grand Traverse Band of Ottawa and Chippewa Indians. He’s also a professor of Indian Law at Michigan State.

Fletcher said the legal standing of the tribes was questioned from the start.

“Early on in this litigation, the pharmaceutical companies tried to dismiss the tribes as not parties, as non partners in the public health crisis. And that failed,” he said.

There was power in numbers, according to Steve Skikos, chair of the tribal leadership committee in the opioid litigation.

About 170 tribes mounted their own case, with support from hundreds more tribes.

“So that created a large universe of cases that the defendants needed to take seriously and resolve,” he said.

The landmark settlement between states and tobacco companies in the 1990s loomed large in the tribes’ decision to mobilize themselves, according to Professor Robert Miller, a citizen of the Eastern Shawnee Tribe of Oklahoma who teaches Indian Law at Arizona State.

When U.S. states reached that deal, Miller said tribes were left out.

“So tribes have learned that they have to advance their own claims. And that’s clearly why these tribal nations brought this lawsuit themselves, because they couldn’t rely on the state governments to protect them,” he said.

He said this week’s opioid settlement is proof that the tribes can be a legal threat that corporations will have to reckon with.