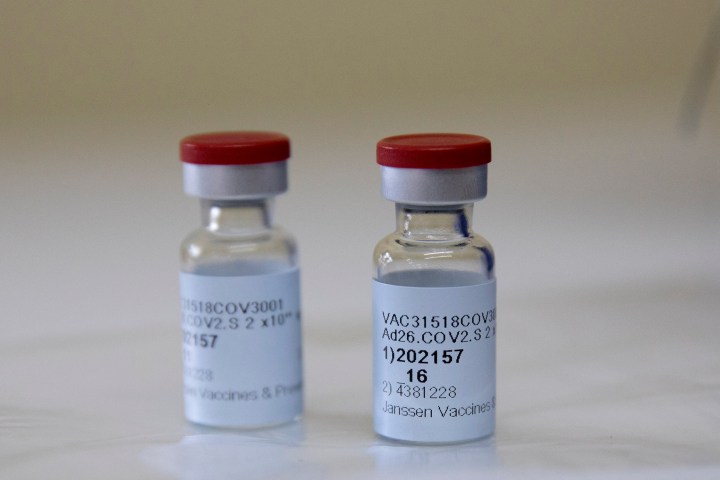 Having a devoted fan base is common for sports teams and pop stars — not so much injections providing you immunity against a disease.

Yet as COVID-19 vaccines roll out — about 77 million people in the U.S. have been fully vaccinated — many consumers know the companies behind them. And in some cases, there are friendly rivalries among adherents.

“Just anecdotally, looking at social media, there are so many memes, like Team Pfizer versus Team Moderna, or people equating it to Harry Potter houses,” said Nicole Lee, an assistant professor of communication at Arizona State University, whose research examines the intersection of science communication, public relations and digital media.

The scale of the COVID-19 crisis and the amount of media coverage these vaccines received during their development have broadened awareness about the companies behind them, according to Lee.

But with people recognizing the vaccines being offered, what happens to a manufacturer’s reputation when negative news comes to light?

On Tuesday, federal health agencies recommended pausing the use of Johnson & Johnson’s vaccine after six women developed a rare type of blood clot after receiving the shot. However, the vaccine had been administered to roughly 7 million people in the U.S. — which prompted health officials to emphasize how low the vaccine’s risks appear to be.

White House health adviser Anthony Fauci advised those who have received shots not to get anxious and to pay attention to symptoms of the clot, like headaches, abdominal or leg pain and shortness of breath.

Dozens of states immediately suspended injections of the vaccine after the announcement. A Centers for Disease Control and Prevention advisory panel met Wednesday and declined to vote on whether the vaccine should continue to be administered.

Spencer Durham, an associate clinical professor at Auburn University’s department of pharmacy practice, said people may hesitate to get the Johnson & Johnson vaccine if it becomes available. They may opt instead for Moderna and Pfizer, which have had no major health problems reported after their use. However, his worry is that the J&J news may scare people away from any vaccine.

“The risk of anything happening with the vaccines is way less than if [someone] actually got COVID,” Durham said.

But in the long term, Lee said, Johnson & Johnson is so diversified that she doesn’t think the news will have a big impact on the overall company.

“That is a benefit of having so many brands,” she said.

Lee said she doesn’t think people are going to stop or start buying a company’s other products — like Listerine and Band-Aids from Johnson & Johnson or Viagra from Pfizer — simply based on their name now.

“For most pharmaceutical companies, the stronger brand identity is with the specific product or product line, and not the parent company,” Lee said. “I don’t think that’s going to necessarily change.”

She added, though, that the media reports and brand awareness surrounding these companies could potentially impact recruitment efforts, partnerships and relationships they’re building with funders — especially for a younger company like Moderna. The pharmaceutical and biotech company was launched only about a decade ago. Johnson & Johnson, in contrast, was founded in 1886.

Charles Frame, a marketing professor at Emory University who’s worked as a consultant for J&J, also said reactions to this media attention may come less from consumers and more from the likes of stockholders and governments.

“The payoff of a good brand equity, as we call it, is a little more second-order,” he said.

While consumers are now aware of the brands behind these vaccines and are jokingly taking sides, it’s a rare phenomenon, given that we typically don’t know the companies behind other vaccines, like the flu vaccine.

Frame said companies usually take years to develop their vaccines, and unless you’re in the industry monitoring it, this multistep process usually goes under the radar.

“It’s not like it’s this big secret, but if I’m developing a vaccine, I’d rather not have the general public know that I’m developing this vaccine if it crashes and burns.”

Frame said that when he gets his flu vaccine, he has to examine the documentation to see who actually made it.

“So much of this process goes without the consumer noticing it. Why? Because the consumer doesn’t do any comparison shopping, because the vast majority of consumers don’t pay for this,” Frame said. Under the Affordable Care Act, insurers have to waive the cost of the flu shot.

Frame noted that the advertising surrounding a vaccine is more targeted to the medical community administering the product.

Lee also said that with vaccines, we typically don’t know the parent company because end consumers aren’t given a choice.

“They go to their health care provider who’s providing the vaccines, and when they’re getting their child vaccinated, they’re not talking about the manufacturers of the different vaccines,” Lee said. “I think it’s because the end consumer isn’t really the customer.”