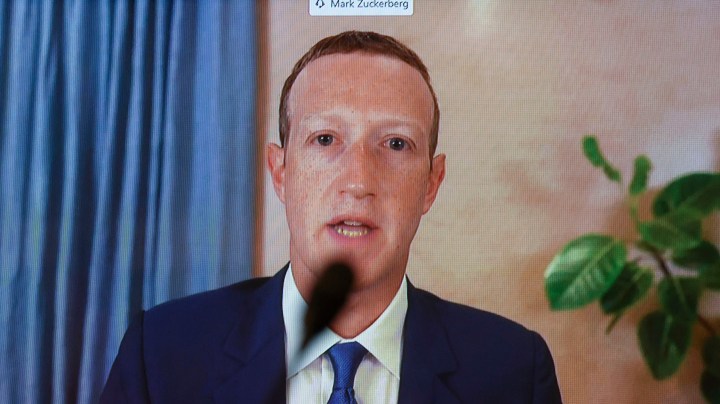 COPY
Erik Gordon says there are other remedies for Facebook besides breaking it up, including making it open up some of its proprietary technology. Hannah McKay-Pool/Getty Images

Erik Gordon says there are other remedies for Facebook besides breaking it up, including making it open up some of its proprietary technology. Hannah McKay-Pool/Getty Images
Listen Now

Facebook is pushing back against two sweeping lawsuits alleging the media and advertising company has acquired an illegal amount of marketplace power — in other words, that it’s a monopoly. The Federal Trade Commission and a coalition of 46 states, the District of Columbia and Guam filed these cases Wednesday.

David Brancaccio: You are an attorney specializing in antitrust. Do you see an open-and-shut case here?

Erik Gordon: This is not going to be open and shut. This is going to be a long-fought battle with lots of twists and turns. And I don’t think the government is going to get what it’s asking for.

Brancaccio: Why is it such a subtle thing to prove this kind of stuff?

Brancaccio: That is one of Facebook’s contentions now. “Hey, the regulators already said it was A-OK.” So, I mean, the likelihood, Eric, that Facebook gets shattered, like the old AT&T into smaller shards?

Brancaccio: But no remedy, no changes? I mean, you have nearly every state in the nation joining these lawsuits.

Gordon: Well, there are other remedies besides breaking it up. For example, you could force Facebook to open its APIs. APIs are like the connections from the outside world into the guts of Facebook, particularly with the social Graph API. That’s all of the connections Facebook knows about you and everybody else you talk to on Facebook. If Facebook has to open that up, then lots of people could compete with Facebook. And that would be a very powerful remedy without breaking the company up.

Brancaccio: I mean, there is a new administration coming in. Will the Joe Biden team make a difference here?

Gordon: You know, I think they’ll make a difference in tone. But I can’t imagine a Democratic president allowing himself to be positioned as softer on big business and antitrust than an outgoing Republican.