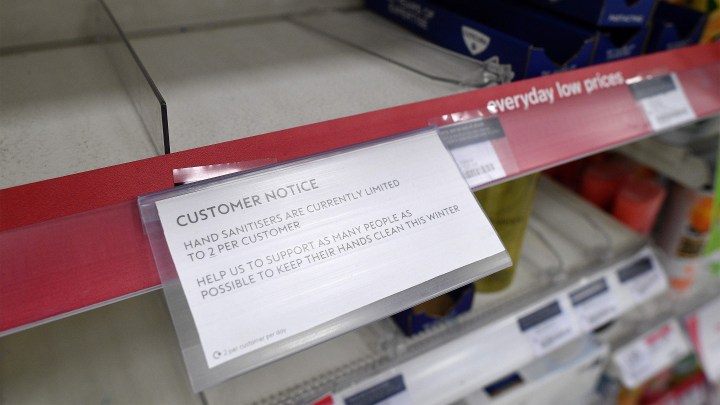 If you walked into a drugstore looking for hand sanitizer lately, chances are you walked out empty-handed. Nielsen estimates that hand sanitizer sales for the month ending February 29 were almost 130% higher than a year ago.

With the coronavirus outbreak showing no signs of stopping, governments, businesses and people themselves have found themselves in the middle of a nationwide deep clean.

“I have some rubber gloves in my little bag, just in case,” said Felix Carayon, a subway rider in Manhattan. “I wash my hands a lot more often, especially after the subway.”

Businesses are stepping up their own cleaning efforts, too.

“We’re encouraging our clients to wipe their own mats, providing a lot more wipes across studios in multiple locations,” said Helaine Knapp, founder and CEO of CITYROW, a boutique rowing studio with nine locations around the country.

The company has been cleaning more between classes and during off-hours. It also halted its cancellation fees.

“I think that these are precautionary measures we should be taking as a business,” Knapp said.

An employee at the eyeglass company Warby Parker said they’re sanitizing frames multiple times a day. Airlines are ramping up their overnight cleaning procedures. And regardless of all the shifting store policies right now, employees themselves are making sure their own workplaces are clean.

“I’m very aware of not touching anybody at this point, which is something that in the past might have seemed rude,” said Shawn O’Hale, a clerk at a home supply store in Manhattan.

But people in New York aren’t necessarily acting like they’re in the middle of a zombie apocalypse. Most people are still grabbing subway poles with their bare hands.

“I have to get from point A to point B, you know?” said Megan Culligan, a subway rider outside a station in Midtown Manhattan. “I have to take the subway. I feel like life still goes on.”