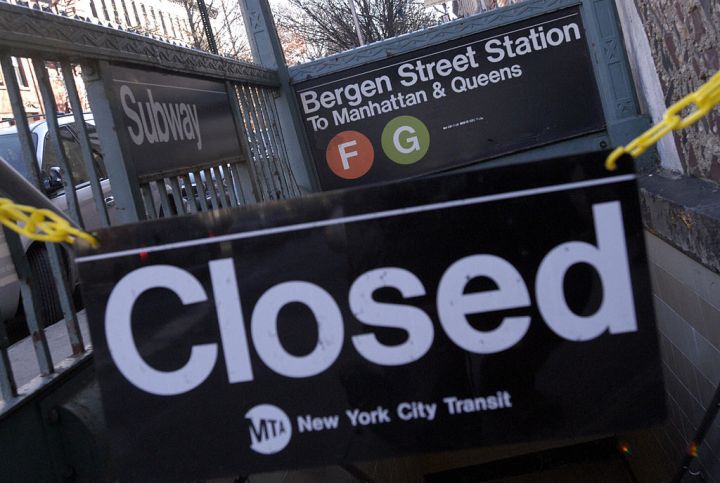 The New York City subway typically carries folks who are responsible for a not inconsiderable chunk of the country’s GDP. The five boroughs generate about 5% of the country’s gross domestic product and about 40% of New Yorkers rely on the subway to get to work.

Which is why it’s such a big deal when the city’s subways shut down, as they did on Wednesday night when Ida dropped half a foot or more of rain on the city. Though most of the system is now back up and running, a couple of lines are still closed and more are operating with delays.

“This was a wake-up call that flooding from the skies is something we’re gonna have to deal with,” said Rob Freudenberg with the nonprofit Regional Plan Association

The transit authority has spent about $2.6 billion since 2012’s Hurricane Sandy to make the subway more resilient to climate change and coastal flooding.

“The investments we’ve made post-Sandy don’t always overlap with this kind of flooding. So there are things that we need to do differently,” said Freudenberg. That means adapting the actual subway itself and everything around and above it.

“The biggest challenge is that the rain has nowhere to go when it falls,” said Sarah Kaufman at the Rudin Center for Transportation at NYU. “Because we have so much pavement, so much cement, the water just goes wherever it can.”

Often … into the subway system. Green infrastructure at street level and planted areas that can take a lot of water can be effective at keeping it out. “We can install one on every block. And basically it functions as a place for stormwater to go,” Kaufman said.

Redoing streets and sidewalks with porous pavement would also divert a lot of water, Kaufman said. It would cost billions to do all of that and upgrade the subway itself, adding more pumps and better systems to keep water out.

The infrastructure bill could provide some of that funding. “Ironically, the best thing we can do to improve transit is to get more people on it, because higher ridership will result in more funding that allows for more improvements,” Kaufman said.

It’s hard to make the case that people should ride the subway, Kaufman added, when they’re faced with images of it flooding.