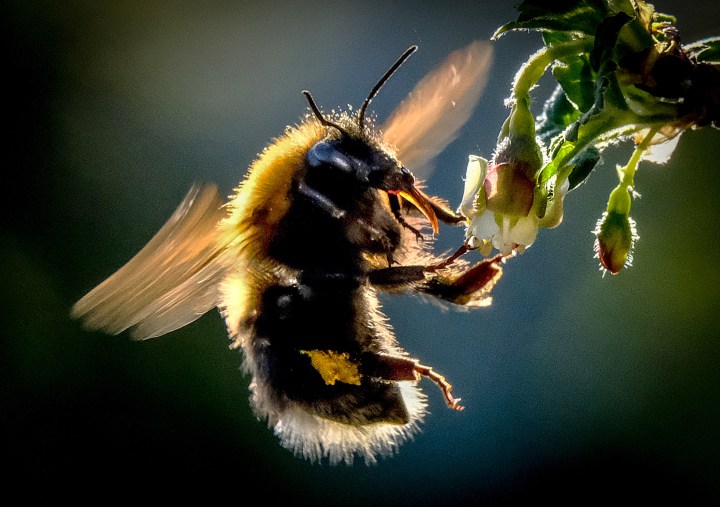 California’s almond business has skyrocketed in the past 20 years — it’s now an $11 billion industry — and the space taken up by almond groves in the state’s Central Valley is approximately the size of Delaware. But almond orchards cannot function without bee pollination, and heavy volumes of pesticides used on and near almond crops are killing bees.

“Marketplace” host Kai Ryssdal spoke with Annette McGivney, a journalist based in Flagstaff, Arizona, who recently covered the connection between almonds and bees for The Guardian.

“The almond industry has grown so substantially that 70% of all commercialized bees are now being used to pollinate almonds,” McGivney said. “Beekeepers are now losing 30% of their bees every year. They die indirectly or directly from the pollination that’s happening.”

As the almond industry continues to grow, so does demand for bees to pollinate the trees. Sending bees to California is profitable for beekeepers, who get paid $200 per hive at some almond orchards.

“The second-largest crop in the United States that’s pollinated by bees is apples, and apples only fetch $53 per hive,” McGivney said.