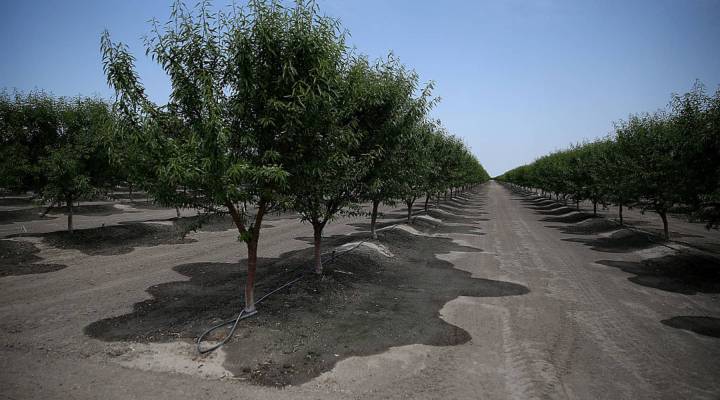 BP reported a 3.3 billion dollar fourth-quarter loss today, Exxon Mobil said its quarterly profits are down more than half from last year. They’re blaming it on low oil price.

U.S. crude is trading right around $30, which seems like miles away from the almost $150 dollars a barrel back in 2008. Back then, producers jumped at the chance to get into the market now, we’ve got too much oil increased production has created a glut — so prices fall.

Should consumers, other than the ones who work in the oil industry, be concerned about the price of a barrel of oil plunging to $30?

Scott Irwin, professor of economics at the University of Illinois, said no. “To an economist it’s just the right level of prices,” he said. “Commodity markets have always been prone to significant boom and bust cycles.”

When prices are high, producers try to up production to get some of that money. See: fracking and Arctic exploration.

It happens with any commodity — a rise in production leads to a glut and falling prices. But, although oil is something Americans talk about every day, it’s not like anyone can go to the store to pick up a cheap barrel of the stuff now that it’s on sale.

Unlike, for example, another commodity. Richard Waycott, president and CEO of the California Almond Board, said it’s been a good couple of years for his members — they’ve been able to charge historic high prices.

“And that’s been primarily because our supply hasn’t been growing as it was in previous years,” he said.

This year’s crop was bigger than expected and next year’s will probably follow. When the price of almonds went up, money followed. Foreign investment and hedge funds came in to plant more trees. And just like dumping a ton of money into drilling a well, farmers have to think years ahead before planting.

“The dynamics of prices and quantities are hard to figure out,” he said. “And farmers generally overreact.”

Now farmers are seeing a price correction. Almonds are going for about 25 percent less than they were over the summer.