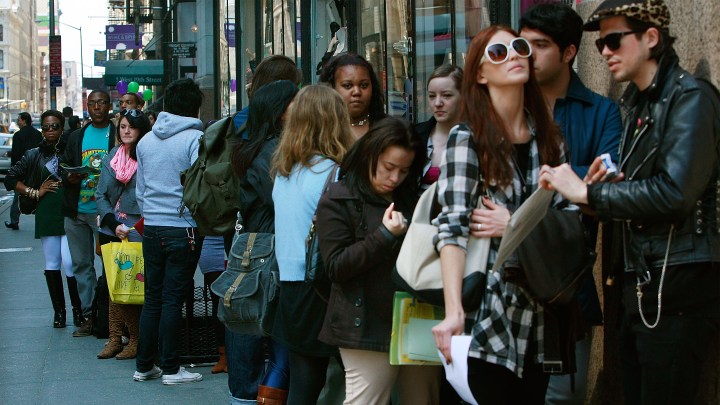 Every Thursday morning, the Department of Labor releases the number of people who applied for unemployment insurance the week before. That number serves as a proxy for the number of people losing their jobs, according to Martha Gimbel, manager of economic research at Schmidt Futures.

What to keep in mind

In most states, unemployed people can collect unemployment insurance for 26 weeks.

“That’s if you’re lucky,” said Gimbel. In some states, like Florida and North Carolina, workers can only collect unemployment insurance for 12 weeks.

Some people who don’t qualify for unemployment insurance any longer, or who may not realize they qualify at all, don’t apply in the first place. That means not everyone who is unemployed and looking for work is counted in the weekly claims number.

In addition to the variation caused by eligibility, another factor complicates the accuracy of this number as a proxy for overall unemployment. It’s weekly data, which is prone to fluctuation because of things like holidays or bad weather.

What the number offers

“It’s really a measure, I think, of worker confidence in the economy,” said associate professor of economics and international affairs at George Washington University, Tara Sinclair. That’s because not everyone who is unemployed chooses to file for unemployment insurance.

“It’s people who think that it’s going to take them long enough to look for another job that invest the time and filing the paperwork for unemployment benefits,” she said.