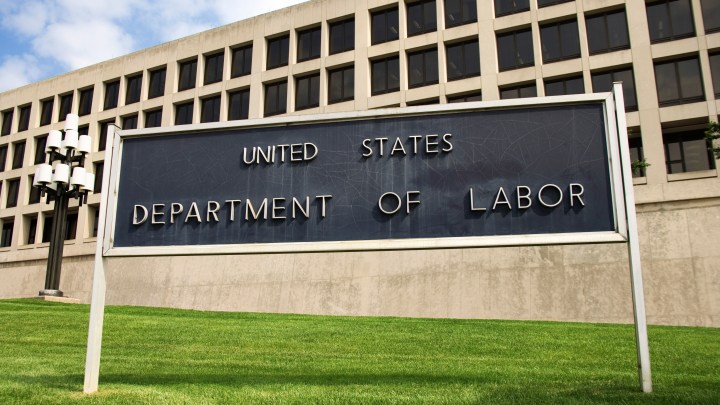 COPY
Emergency federal unemployment benefits — equivalent to roughly $6 billion per week — are set to expire in two and a half weeks. Thinkstock via Getty Images
COVID & Unemployment

Emergency federal unemployment benefits — equivalent to roughly $6 billion per week — are set to expire in two and a half weeks. Thinkstock via Getty Images
Listen Now

The trend over the past month or so in first-time jobless claims has been downward. Last week, initial claims fell 29,000 to some 348,000 — the lowest since mid-March 2020. Total claims in all programs fell to around 11.7 million.

But there’s a potentially nasty shock to the economy lurking inside that number.

You can see the latest jobless-claims numbers as a “glass half full.” Unlike earlier in the pandemic, when millions were getting laid off every week, “layoffs have not really been the overarching concern with respect to the economy,” said Mark Hamrick at Bankrate.

But there is a big concern looming: Emergency federal pandemic benefits are about to expire, pointed out Annelies Goger at the Brookings Institution.

“On Labor Day, anybody who normally wouldn’t qualify for their state unemployment — which is quite a lot of people that were impacted by the pandemic — lose their benefits,” she said.

Another roughly 4 million long-term unemployed are getting federal benefits because they ran out of state benefits. Plus, everyone on unemployment right now gets an additional $300 per week in federal benefits.

All told, that’s more than $6 billion in weekly federal benefits that vanish — in just two and a half weeks.

“This really has a big impact on low-income families,” said Jim Sullivan, an economist at Notre Dame. “And so we’re likely to see, when current benefits are cut off, that poverty will rise. Poverty will rise in the short-run.”

The economy will take a hit too, though the labor market does keep getting better, said Bankrate’s Hamrick.

“We do know that there’s a record number of job openings out there for those who are either inclined or compelled to look for work,” he said.

But even by the most optimistic forecast, it’ll take a while for the long-term unemployed and those who’ve dropped out of the labor market to get back to work again.