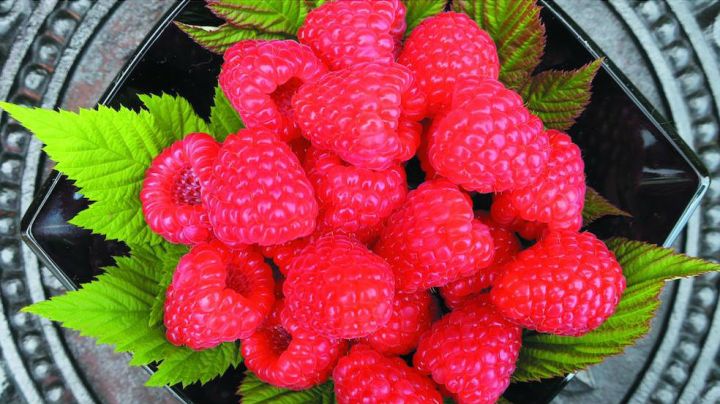 Many people stock up on summer fruits in the freezer to keep them going through the depths of winter. But the need to stockpile may be less thanks to a group of fruit growers and scientists who have come up with a way to grow raspberries well into November.

On the global edition of “Marketplace Morning Report,” the BBC’s Victoria Craig spoke to Tim Chambers, who is one of those growers. He’s managing director at WB Chambers, which supplies some of the U.K. is biggest supermarket chains.

Tim Chambers: We’re located in southeast England in the county of Kent which is the garden of England historically, this county has grown majority of fruit and veg for the U.K. We’ve been here for several hundred years.

Victoria Craig: You’re chairman of a consortium of growers looking for new varieties of soft fruits like raspberries. Tell me about these new Malling Bella and Malling Charm raspberries you’ve been working on.

Chambers: This whole process really started 20, 30 years ago, at East Malling when they were breeding raspberries for commercial growers, the genetics that they were using then, still relevant today, we have the same pests and diseases as we did for 30, 40, 50 years ago. So with East Malling and a few other large growers in Europe, we got together and we put funding in to reinvigorate their breeding program. And the first two varieties that we’ve released called Bella and Charm their primocane type raspberry. So that’s a specific type of raspberry that can crop throughout the year. They’re very good in that they can be manipulated and they can be grown right away across Europe in a number of different climatic conditions.

Chambers: Like normal raspberries, raspberries a more unique flavor I think is one of the nicer berry flavors in that you can combine the acid and the sugars always give a nice bite to a raspberry.

Craig: So a longer growing season means consumers can get fresher, tastier berries later in the year. Does it also help cut down on the miles that these fruit have to travel during winter months?

Chambers: Yes, in the fact that we can now grow good quality raspberries into later in the season in the U.K., that does reduce the amount of fruit that we would have to be importing from Spain and Morocco. U.K. is one of the bigger raspberry consumers in Europe actually, despite not having a biggest population. We are a large raspberry consumer. And we’ve traditionally used Spain and latterly Morocco to complete the year the consumers like raspberries and the demand is going up year on year. So I think we still will be importing from Spain and Morocco for the foreseeable future.

Craig: So are these barriers ready for commercial sale? And if so, how much do they cost?

Chambers: We’re a price taker. So we don’t have the ability to ask a price. We have to go with what the market says. So they are in line and competitive to the rest of the market.

Craig: So they don’t cost more, in other words?

Chambers: No, they don’t cost more, no. So we’re constantly looking to make sure not that we can get more money for our product, but that we can actually reduce the costs of production.

Craig: Now we’re talking about this kind of science applied to raspberries. But what about other fruits? Are you working on any other fruit development?

Chambers: Yes, just started to look at blackberries. The consortium members are generally cane fruit growers. So blackberries are a logical step forward. And the blackberry market is currently very small, but then I think that’s because of the varieties which are available for sale at the moment. And it has good potential to grow. So we’re focusing on blackberries. But breeding is a bit like lottery tickets, you have to buy tens of thousands of them before you get a winner. So you have to breed tens of thousands of new varieties by crossing older varieties I don’t imagine we will have success immediately, but maybe three or four years time, we might have a blackberry which is capable of improving what’s available at the moment. 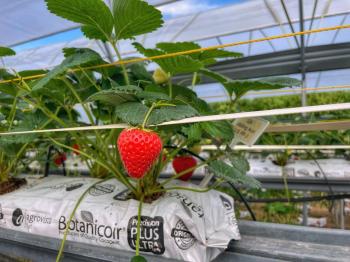