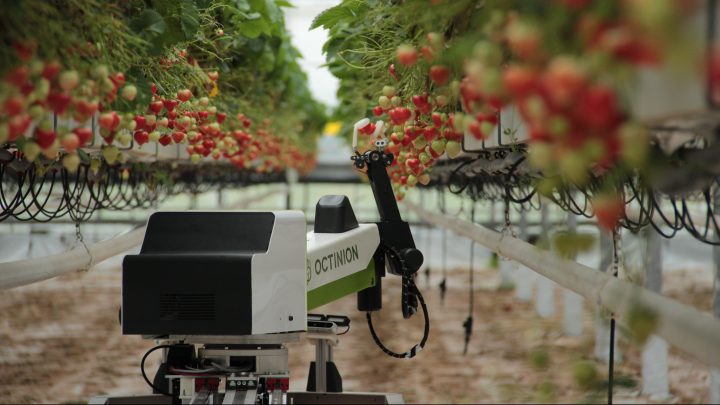 Brexit has hit fruit and vegetable farmers in the United Kingdom hard. One big problem: There aren’t enough seasonal migrants coming to pick fruit and other crops. Apparently, they feel less welcome now, and the fall in the value of the pound following the Brexit referendum has cut the value of remittances the migrants send home.

Fruit farm manager Hannah Trefgarne said that her raspberry crop was devastated this autumn by a dearth of seasonal workers from Eastern Europe.

“There are fields we haven’t picked. And in the fields that we are picking, we’re seeing in some cases waste of up to 45% of those crops, and that’s because we’re late into those fields with simply not enough people,” Trefgarne told Britain’s ITV News.

The national labor shortage is severe. Barely  three-quarters of the 70,000 migrants that British growers need showed  up this season and even fewer are  expected next year.

Quite a worry for a soft fruit industry that turns over more than a billion dollars per annum.

But could robots ride to the rescue?

In his electronics laboratory at the University of Essex, Vishuu Mohan is a building a robot that he believes will pick a wide variety of fruit.

“My prototype is currently set up to pick and pack strawberries after identifying their ripeness,” Mohan said. “We want to build a platform that has the dexterity of the human hand.”

And the discernment of the human eye. Bristling with 3D cameras, with two arms and mounted on a four-wheeled trolley, the robot can move along a line of strawberry plants, check out the redness of the fruit and then snip the stem.

“This is a more complicated process than car assembly because the robot is identifying the berries, which are hidden in between the leaves, precisely localizing the stem and cutting it without direct contact with the soft fruit, because soft fruits get damaged very quickly,” Mohan said.

The prototype will be ready for a field trial next spring.

Meanwhile, Octinion, a Belgian company, has already launched a strawberry-picking robot. Labor shortages are not confined to Brexit Britain, as higher living standards in poorer parts of Europe have cut the supply of migrant workers across the Continent.

“Having efficient, skilled personnel is a major headache for many growers,” Octinion’s CEO Tom Coen told Marketplace in a telephone interview from his base in the Belgian city of Leuven. He wouldn’t reveal exactly how much his robot costs but insisted that it’s comparable with the cost of human pickers.

The robot called Rubion is slower than humans, but it can work around the clock, seven days a week, and Coen said it picks more accurately and with less fruit damage.

Octinion says it’s had enquiries from as far afield as the United States and Canada, but it clearly has its sights on Britain, where fruit farmers are under particular pressure.

Chris Newenham is feeling that pressure. He’s joint managing director of Wilkin & Sons in Tiptree, a fruit grower and maker of jams and preserves about an hour north of London. Newenham’s seasonal workforce was down 20% this year. He says everything is now riding on robotics.

“We cannot continue to grow our business until we have got the confidence that we’ve got a long-term, viable solution to harvesting our fruit,”  Newenham said.

But he fears that in spite of the bullish claims, affordable and effective fruit-picking robots may not be fully deployed on British farms for at least 10 years. He and other fruit growers could face a tough decade if the dearth of seasonal workers continues.