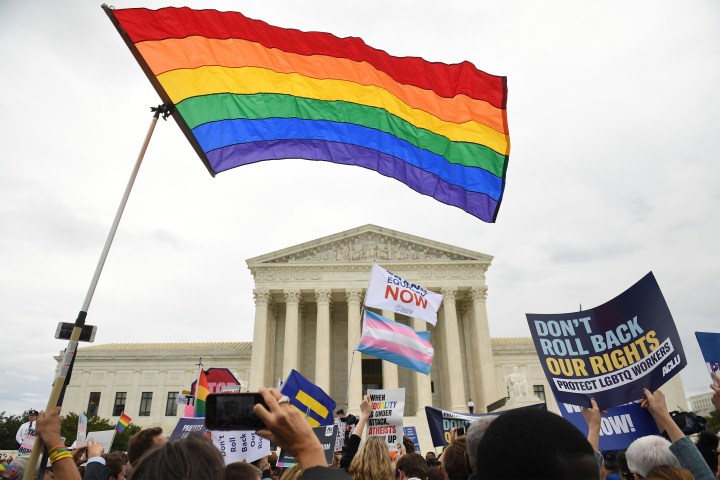 Oral arguments take place today in a trio of U.S. Supreme Court cases concerning the rights of lesbian, gay and transgender employees in the workplace. The court will consider whether federal law prohibits employers from firing or otherwise discriminating based on a person’s sexual orientation or gender identity.

Only 22 states explicitly protect LGBTQ employees from such action by their employers.

The central question concerns the employment provision of the landmark 1964 Civil Rights Act which makes it illegal for an employer to discriminate “because of … race, color, religion, sex, or national origin.” Lower courts have differed on the issue of whether sex discrimination includes sexual orientation and gender identity.

Marketplace spoke with American Civil Liberties Union attorney Gillian Thomas about what’s at stake in the cases. Click the audio player above to hear the conversation.