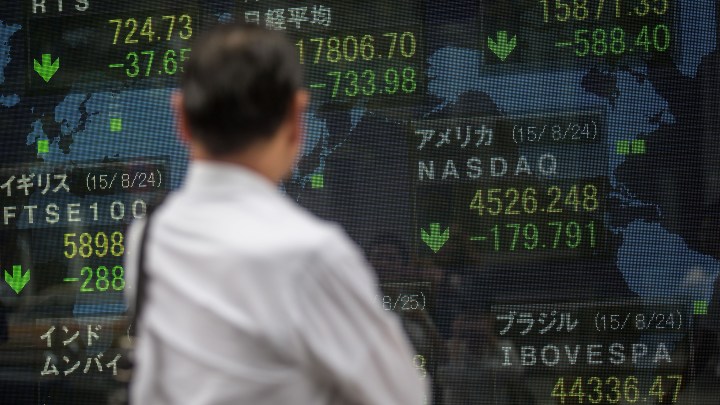 COPY
A man looks at a screen showing global stock market information on the street in Tokyo on in 2015. Chris McGrath/Getty Images

A man looks at a screen showing global stock market information on the street in Tokyo on in 2015. Chris McGrath/Getty Images
Listen Now

If the U.S. economy existed in isolation, with no trade links, interconnected currencies or banking relationships, we’d be in pretty good shape. Inflation and unemployment are low, jobs are plentiful, GDP growth is slow but steady and consumers are feeling good about spending.

Of course, the U.S. economy doesn’t exist in isolation.

And what’s worrying economists — as well as the governors of the Federal Reserve who meet this week to make a decision on interest rates — is the slowdown brewing in other parts of the world: China, Japan, and the European Union, which also happen to be some of our biggest trading partners.

Several decades ago, a moderate economic slowdown in Asia or Europe likely would not have spurred the Fed to adjust monetary policy to try to stimulate more U.S. growth.

But following the global financial crisis and Great Recession, economists and policymakers see more risk to the U.S. economy from interconnected economies and disruptions to the global supply chain.

Europe and China, in particular, are now experiencing slower economic growth. American farmers and manufacturers face a slowdown in income and orders tied to trade conflicts. The Fed is watching these developments closely for possible spillover effects on the overall U.S. economy.