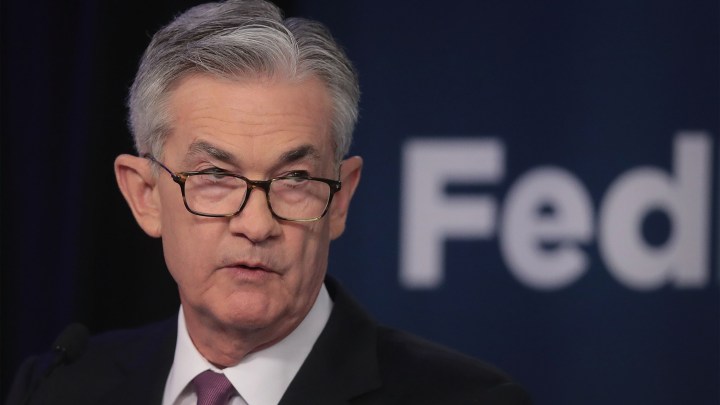 There’s a lot the Federal Reserve can do to keep credit moving in the economy and help businesses that might need loans to weather the coronavirus storm. Tuesday, it cut interest rates by half a percentage point.

If it gets people to refinance homes, it could even get people to spend. But interest rates are already low, and there’s a limit to the Fed’s power. If COVID-19, the disease caused by the new coronavirus, causes a substantial slowdown or recession, the government may need to spend its way out of the economic consequences.

Ultimately, a virus is not a financial problem. Steve Blitz, chief U.S. economist for TS Lombard, said if the virus creates a recession or economic slowdown — and let us stress if — it would be the first time since the 1970s oil crisis that such a slowdown had a nonfinancial cause.

Mark Zandi, chief economist at Moody’s Analytics, said fiscal stimulus — government spending — is the answer. This is, he said, what got us out of the Great Recession as quickly as we did.

“The most straightforward, obvious thing would be a payroll tax holiday,” Zandi said. “We all pay payroll taxes. We could not pay them for awhile, [and] that would be a cash infusion, particularly to low-middle income households, and they would spend that very quickly.”

If the COVID-19 virus were to cause layoffs, food stamps and unemployment insurance would keep people spending and driving the economy. Jay Bryson, acting chief economist with Wells Fargo Securities, said the government might have to get creative.

“Maybe we spend a boatload of money on opening up hospitals,” Bryson said. “If you have to quarantine a bunch of people, you could subsidize companies for child care, say, if suddenly we start closing bunches of schools for a month or two.”

Any response like that is going to depend on the impact of the coronavirus disease — does it pass after a month or two, or does it drag down economic growth substantially?

“In reality, politically you’re not going to get any fiscal response until you see unemployment rise,” Blitz said.

Basically, a fiscal response to COVID-19 is going to take a while, especially in a polarized political environment. It would also cost money, which would have to be borrowed. Despite a healthy economy, the government’s deficit has ballooned to nearly a trillion dollars over the past few years on the back of tax cuts and increased spending.